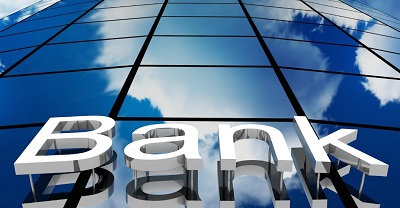 “The Development Bank is going to play a very important part in the rapid economic transformation of Ghana, following the onset of COVID-19”.

These words came from President Nana Addo Dankwa Akufo-Addo during at the signing ceremony on Wednesday, May 19, 2021, when he held a meeting with the President of European Development Bank (EDB), Dr Werner Hoyer, as part of his official visit to Belgium.

According to President Akufo-Addo, the design and operation of the Development Bank Ghana (DBG) in Ghana had been on the drawing board over the past two years and when established, would satisfy the highest standards, scrutiny and best practices of development banks across the world.

He further assured that the €170 million facility being provided by European Investment Bank (EIB) for the establishment of the Development Bank Ghana (DBG), “signals the determination of the country to continue partnering with the EU to continue to finance other projects in the pipeline as the country works to recover from the impact of COVID-19 as well as assist in the rapid recovery of the Ghanaian economy from the ravages of the pandemic.”

Any need for a National Development Bank?

One question that comes up immediately is whether there is the need for a bank for developmental purposes when, indeed, other banks are already operating in the country. It has even been argued that to prevent the collapse of certain banks and strengthen the banking sector, the government in collaboration with the Bank of Ghana, recently sanitised the sector to ensure that it is strengthened up for business in the country.

And if this is the case, why should another bank be established if it is aimed at promoting the same economic development that we are all seeking?

Generally, development banks serve as important instruments to promote economic growth. They usually do this by providing credit and a wide range of advisory as well as capacity building programmes for stakeholders. The stakeholders here include households, small and medium enterprises and even large private companies. Usually, the financial needs of the huge private companies are not sufficiently served by private commercial banks nor by local capital markets.

It is also the aim of a national development bank to play a crucial role in rural capital formation. Indeed, development banks are able in this case to bring in dispersed savings of rural people through different deposit schemes after which loans, based on the savings, are distributed to rural people to begin productive ventures in line with their self-sufficient economic activities.

It is for the purpose of all these that the Ministry of Finance and the European Investment Bank have signed an agreement for the provision of a €170 million facility. The purpose of the facility, as pointed out already, is meant for the establishment of a new national bank to be known as the Development Bank Ghana (DBG).

Are our banks too many?

With regard to the argument that many banks already exist so there is no need for any new national bank, the point must be made that a national development bank is a specialised financial institution set up to provide medium-term and long-term lending facilities. Here, medium-term facilities include three to five years programmes while long-term ones last from five to 10 years or even more.

It is these medium and long-term facilities that make finances available for institutions to carry out developmental programmes for the ultimate benefits of a country. For this reason, there is any justification for such a national bank if Ghana is to operate independently and be able to re-structure its economy in line with Ghana Beyond Aid strategy.

There is no doubt that the establishment of this national bank signifies long-term ambitious financing programme that seeks to gather finances for numerous sectors in the economy. The sectors include manufacturing, agriculture, agro-processing, housing sub-sectors, mortgages and Information, Communication, Technology (ICT), among others. Positive developments in these sectors are meant to generate ambitious initiatives to unlock funds in these sectors and improve domestic revenue mobilisation.

It is such initiatives that will propel growth and transformation in various sectors of the economy. Without such transformation, the country will remain producer of raw materials for other countries and receiver of tiny incomes from the developed countries, thereby perpetuating the status quo since independence in line with the negative ambitious objectives of the colonial master.

It is not easy to break away from this cycle of poverty, but it calls for determination and realistic programmes of development based on a transformational agenda to extricate a developing country like Ghana from the shackles of control emanating from our master-servant colonial experience. Unpleasant as it is, this fight for economic independence should have come earlier than today but none of our past leaders was able to put up this economic fight since, even if they had come to this realisation earlier on, it would not be easy to overcome these economic challenges.

Over the years, many Ghanaian scholars and politicians have been able to rightly point out the economic disparities between Ghana and other colonised countries, on one hand, and their previous colonial masters, on the other. It is a fight that is on-going and is, therefore, never too late for the right things to be done and to correct all wrong doings in the past.

If President Akufo-Addo’s administration has come to this realisation and taken up steps aim at righting all the economic wrongs, then this positive agenda ought to be supported by all the political parties, especially those who claim to be social democrats and are also seeking independence of all colonial appendages.

A right-wing party like the New Patriotic Party (NPP), led by President Akufo-Addo has put in the right measures to salvage the country from its long-standing colonial appendages and make it truly independent. If this is the case, then there is no time to waste on the part of any political party but to move in quickly to support this positive agenda of transforming the national economy and making it truly independent.

At the time of independence, Kwame Nkrumah rightly declared that our independence would not have any meaning unless it was linked up with the whole of the African continent. While this is true to some extent, we should know that political independence is what was achieved and that the second phase of the battle is to struggle for our economic independence in line with Ghana Beyond Aid strategy.

If Ghana’s independence is to become realistically meaningful, then its economic independence cannot be compromised on any grounds for which reason the national development bank, with its positive agenda, must be implemented in a realistic manner for the attainment of our national aspirations which has been dwelling in us in form of “God bless our homeland Ghana, and make us great and strong”.