Apologize to the youth of Ghana – MzbeL fires Tracey Boakye 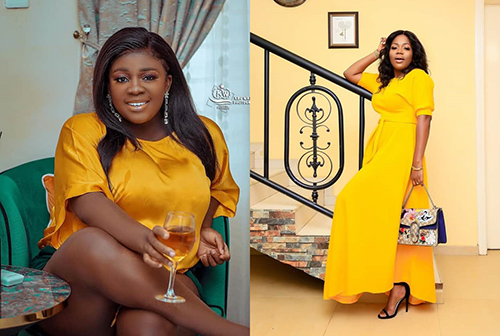 Ace Ghanaian music diva, MzbeL known in private life as Belinda Nana Ekua Amoah, has called out Tracey Boakye, to apologise to the youth of Ghana for fake motivational messages.

According to MzbeL, Tracey had always paraded herself as self-made entrepreneur enjoying the success of her hard work.

However, according to MzbeL, in Tracey’s recent outburst which was targeted at her, the latter exposed herself by revealing she sleeps with men for her riches.

MzbeL said by Tracey’s own words, she had deceived many youths with her usual motivational messages which projected her to be a successful entrepreneur.

The veteran musician in a Facebook live video added that Tracey does not practise what she preaches but rather sleeps with men to attain all the wealth.

For this reason, MzbeL has charged Tracey to apologise to the youth of the country for misleading them with her wealth.

Tracey Boakye released several videos on Wednesday raining insults on her rival MzbeL for allegedly warming the bed of her sugar Daddy,

“I have warned him (sugar daddy) to quit buying you stuff. He is mine now and there’s nothing you can do about it,” Tracey revealed.

The ongoing misunderstanding between actress Tracey Boakye and female veteran musician MzbeL seems not to end any time soon as both uncover more hidden secrets about each other.