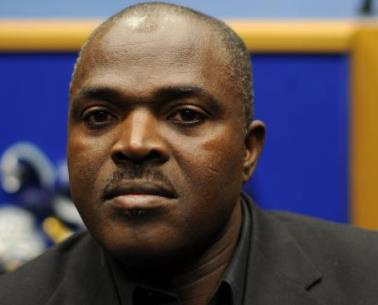 Give me six hours to chop down a tree and I will spend the first four sharpening the axe.

The aforementioned statement – made by Abraham Lincoln, the 16th president of the United States – clearly underpins the importance of preparation.

There are no secrets to success. It is the result of preparation, hardwork and learning from failure. Indeed, it is said that behind every brilliant performance there were countless hours of practice and preparation.

So, we have less than two years to hosting the continent’s biggest multi-sport festival – African Games; yet we cannot see any real preparation towards the event.

We were told that a new 50,000-capacity stadium was to be constructed for the 2023 African Games at Borteyman in the Greater Accra Region – with an amount of $200 million (£152 million/ €168 million) already earmarked for the project.

The President himself was thrilled by the fact that Ghana was going to have such facility which would include multi-purpose sports halls for all indoor sports, aquatic centres for swimming and tennis courts among others.

“Presently, none of the sports stadia in Ghana meets the required standard for continental games. It is, thus, necessary to construct appropriate sports facilities in the country that will be able to host the 25 sporting disciplines from the African Games,” President Nana Akufo-Addo said.

It is true that we do have the requisite facility to host the Games and the President could not have hammered it home better.

However, from the foregoing, many are beginning to cast doubt about the early completion of the project and by extension, the nation’s readiness to host the continent.

He said works were progressing steadily to ensure that the country hosted a successful competition, adding that the government was committed and fully behind the Committee to organise a flawless event.

Aside the infrastructural challenges, we expect selected athletes from the respective medal-pumping disciplines to be sent intermittently on training programmes abroad to prepare them ahead of the 2023 Games. That exposure is extremely important.

That is the only way we can expect to win medals.

Cote d’Ivoire performed creditably well at the African Games in Morocco, picking five gold medals as against two by Ghana simply because they prepared better. Their feat did not pop up from nowhere! Years of investment and quality preparations paid off.

Four weightlifters were supposed to have gone for the Tokyo Olympic qualifiers in Kenya this week, but the trip had to be postponed because the Federation thought it was waste of funds since only one of them – Forrester Osei, had made it to the Games per the recent ranking by the World Weightlifting Federation (WWF).

Ideally, the rest should have been allowed to compete in the qualifiers, having trained vigorously ahead of the trip in which they had three domestic trials.

For sure, we know we cannot host and win! That is incontestable. However, we have got to put up a remarkably gleaming performance and garner home, perhaps, our biggest haul of medals in the Games history.

It is achievable! It is doable!

But the sector ministry must sit up and draw up an efficacious strategy as they seriously engage eggheads of the various potential medal-winning disciplines in the scheme of things – and chart the way forward.

We ought to get it right, this time around! No excuses!

Let us burn the candle at both ends now because 2023 is going to be more fiercely competitive than what was witnessed in Morocco.

The media have made it clear that they are ever ready to support the sports ministry, the National Sports Authority (NSA) and its associations to achieve their targets; but would not hesitate to whip them into line when they go off-course!

We need more international competitions for our various athletes; that is the only way they can be in fine fettle for the onerous assignment ahead!

If South Africa wins many medals in Tokyo, we should not be surprised. Their team to the 2019 world university games was bigger than Ghana’s team to African Games. South Africa was 10th on the medals table, meeting some of the emerging names who show up at subsequent Olympics as winners. Already, some of their athletes made Olympic qualification time.

So before Tokyo, the State has invested in their preparation and test of medals potential.  We have hammered on this over and over again but it is almost always fallen on deaf ears.

We set unimaginably high targets for our athletes with huge, cyclopean prizes to go with it when deep down our hearts we know they are not achievable!

Limpidly, you do not reap where you have not sown! Things do not work like that! The theatrics are increasingly becoming an eyesore now.