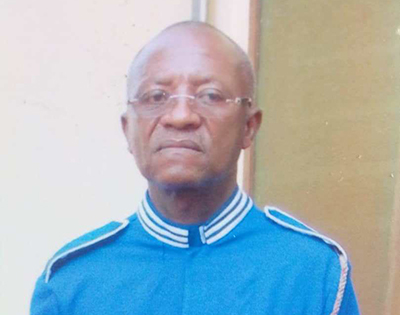 The executive committee (governing body) of the Apostles Revelation Society (ARS) at its General Conference held at Tadzewu last Saturday, September 26, 2020 removed Rev. Nyeenyami Etsey Wovenu as leader and chairman of the society.
The governing body chaired by Vice Chairman, Torgbui Awli IV in a vote of no confidence, accused Rev. Etsey Wovenu of neglecting the church constitution and preventing unity in the church, by refusing to extend peaceful overtures to estranged members, who wanted to come back to build a united church.
The conference had, therefore, asked him to hand over to the executive committee of the governing body.
Other charges levelled against him included his continued refusal to adhere to court orders; refusal to attend conferences and meetings; sale of church lands, unilateral suspension of pastors and church members, incarceration by an Accra Court and bonded by a court in Ho to be of good behaviour or serve two years imprisonment.
The rest are habouring of ‘machomen’ in the church premises to attack members he begrudged, unilateral decisions pertaining to the church and sexual offences.
The General Conference, said, having exhausted all available means to call their leader to order they had no options, but to vote him out of office as leader and chairman of the church.
The General Conference have, therefore, appointed a 5-member interim spiritual heads made up of mostly his own brothers and sisters to uplift the spiritual needs of members.
The members are Mama Kekelifia Afeanyetornye I, Rev. Gershon Selaenyezi Wovenu, Rev. Mawutor Wovenu, Rev. Veliane Wovenu-Goka, Rev. Kpormor Wovenu, and would serve for a period of one year, within which a substantive leader and high priest would be elected.

The executive committee, however, continued to head the general administration of the church in accordance with a declaration by the late C.K.N. Wovenu, founder of the church which said categorically that, on his passing to eternity, the administration of the church should be assumed by the executive committee of the church’s governing body.
This assertion was also upheld by a High Court, presided over by Mr Justice K.A. Ofori-Atta in a suit titled Rev. M.M.C Dogbe and others (plaintiffs) versus Rev. Nyeenyami Etsey Wovenu and others (defendants) some years ago.
The executive committee also cited a story in the May, 26, 2020 edition of the Ghanaian Times in which a Ho High Court convicted Rev. Nyeenyami Etsey Wovenu for refusing to involve all the executive members of the ARS in the celebration of the recent 79th anniversary of the church, at Tadzewu in the Volta Region.
He was bonded to be of good behaviour for one year or in default serve a two-year jail term in hard labour.
Rev. Wovenu was earlier found guilty in 2011 over similar issue by an Accra High Court, and was sent to prison for 14 days.
A senior confidant of Rev. Nyeenyami Etsey Wovenu, who pleaded anonymity, told The Spectator on Tuesday in a telephone interview that his boss still remained the leader of the ARS and that all allegations made against him were false and a frame-up.
He said Rev. Nyeenyami Etsey Wovenu would react at the appropriate time.