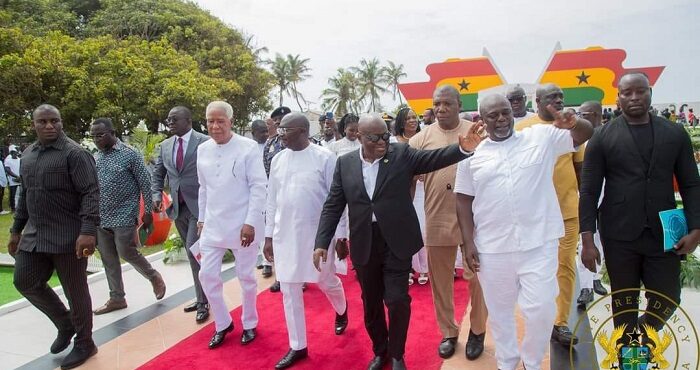 It was a solemn occasion which, among other things, witnessed the unveiling of a bust in memory of the third President of the Fourth Republic as the dignitaries laid wreaths on his tomb.

Most Reverend Dr. Paul Boafo, The Presiding Bishop of the Methodist Church Ghana, speaking at the ceremony, admonished Ghanaians to uphold the good traits of the former President who earned the title ‘Asomdwee Hene’ (King of Peace) during his reign.

President Akufo–Addo, in his address, recounted events leading to the renovation of the park and expressed satisfaction at the work done, saying the park “befits the final resting place of a President of the Republic of Ghana.’’

President Atta–Mills died on July 24, 2012 while in office. President Akufo–Addo reiterating his condolences said “the man from Ekumfi Otuam will not be forgotten.”

Members of the National Democratic Congress (NDC) later in the day also honoured the late President at the same venue where the virtues and the contribution of President Atta Mills to national development were extolled.

The park which was redesigned by the Coastal Development Authority has an ICT lab, a library, cafeteria, restrooms, among other facilities for the general public and VIPs.

A commemorative tree planting was also done as part of the remembrance service.