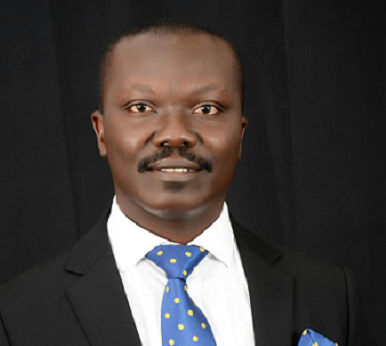 The Abantu for Development and the Women’s Manifesto Coalition (WMC) have registered their displeasure at the recent personal attacks on the Electoral Commissioner, Mrs Jean Mensa.

According to a statement under the signature of the Executive Director of Abantu for Development, Dr Rose Mensah-Kutin, “those attacks on the EC boss  are revolting, horrendous, awful and unacceptable”.

“We write jointly to indicate our horror at the increasing rate of attacks on women who take up leadership positions in our country.” they said.

According to them, unfortunately, we have sat in our comfort zones of incredulity, that now these abhorrent, vile, incendiary and contemptible verbal attacks are passing the threshold into threats of death.

“We are deeply saddened that women in leadership positions have faced multiple insults and acts of degradation over the years while performing their assigned and constitutionally mandated duties”. according to the statement.

According to the groups, in recent times, women in Ghana have managed to ascend to very high profile positions of leadership, some for the first time- the first woman Chief Justice, Georgina Theodora Wood; the first woman Electoral Commissioner, Charlotte Osei; the first woman Speaker of Parliament, Joyce Adeline Bamford-Addo and others.

These women and others served under the barrage of vitriol and threats, approval and disapproval from various sections of our citizenry. Nevertheless, they contributed in no small way, in progressing the aspirations and motivations of so many other women and helped push the nation’s required mandate of promoting women in institutional arrangements for sustainable development.

ABANTU for Development and the Women Manifesto Coalition have been consistent in their support and defence of women in national policy and decision spaces. As organisations, we will continue to advocate for the need for Ghana to hold itself accountable to its constitutional mandate of increasing women’s equal participation and representation in public policy making and decision making at all levels.

“We want to assure Mrs. Jean Mensa that we recognise the difficulties associated with serving in such a combative position as the Electoral Commissioner trying to satisfy strong diverse political viewpoints in the hope of delivering universally acceptable democratic and electoral outcomes”, the statement reiterated.

” What we will continue to condemn are threats of harm and death because those too contribute to the highest level of denial of human rights. We will however continue to support efforts at building consensus, compliance with constitutional mandates and the promotion of human rights, women’s rights and democratic governance.” The statement said.