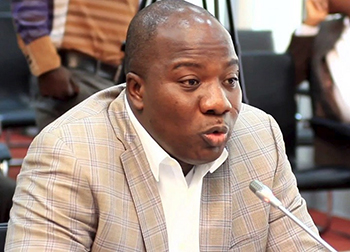 The Member of Parliament (MP) for Bawku Central, Mahama Ayariga, has filed a motion in Parliament inviting it to reject the Constitutional Instrument (CI) that would empower the Electoral Commission (EC) to reject the existing voter identification card in the impending voter registration exercise.

The new CI, if passed, would see potential voters use their passport and Ghana Card as the base document to get onto the new register.

Persons who don’t have the above listed documents would have to rely on guarantors to be able to get onto the voter roll.

The notice of motion filed by Mr Ayariga, on behalf of the Minority caucus, is seeking the House to disapprove of the Public Elections (Amendment) Regulations 2020 CI 126.

Per Parliamentary practice, Speaker Aaron Mike Oquaye would be expected to settle on a date on which the Bawku Central MP would be given the opportunity to move the motion on the floor and back same with reasons.

MPs would then be invited to debate the motion after which a vote would be taken.

It’s unclear when the Speaker would give Mr Ayariga the opportunity to move the motion on the floor of the House.

To be successful in their bid, the Minority which has a numerical strength of 106 of the 275-member House would have to woo their colleagues in the Majority to join them in that pursuit as a simple majority is required for the motion to pass.

The CI which needs 21 sitting days to mature as at yesterday was 10 days old.

The Subsidiary Legislation Committee, of which Mr Ayariga is a member, is yet to submit its report on the CI to the plenary.

The notice of motion was submitted to Speaker Oquaye’s office on Tuesday, May 19, the Ghanaian Times has learnt.

The EC and the opposition National Democratic Congress have been at loggerheads over the need for a new voters roll.

Whiles the NDC contends that the timing for compiling a new register with barely six months to the crucial December 2020 presidential and parliamentary polls is wrong; the EC maintains that only a new register would guarantee a free, fair and transparent election.

Eighteen other civil society organisations and some ‘smaller’ political parties have also kicked against the new voters roll.

The EC which had earlier settled on April 18, 2020 to commence the exercise had to postpone it indefinitely as a result of the coronavirus (COVID-19) pandemic.