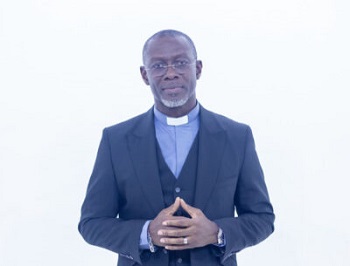 ‘Family’ seeks to draw attention to the alarming deterioration of the family structure which is the foundation of every society.

Bright believes that, “we are headed for massive destruction if we don’t start revisiting and rebuilding the old and proper family manuals”.

He further explained that parents today are oblivious of the immediate emotional needs of their children as well as external influences on them and are mostly preoccupied with putting food on the table. “No wonder crime and social vices are rife these days”, he bemoaned.

Family is Bright’s first foray into propelling budding acting talents to the top after over a decade of traversing the entertainment industry.

The talented actor whose film credits extend from Ghana to across the globe focused more on unknown faces for this film due to his conscious long-term agenda of helping talents that have been hidden for lack of opportunities to be showcased and grow.

One of these “newbies” is the Writer and Director of this film Thompson Lordson (Tom Tom) who is still studying Film Directing At NAFTI. This is evidence of Bright’s passion to bring the unknown talents to the limelight.

“Working with people in their developing stages has always been my thing. It takes a lot of courage to be able to take some of these decisions because you need to take time to train and groom these people. Though it’s always a lot of work, I’m excited to be part of their growth process because its one of the major reasons I took on this challenge in the first place”, He said.

According to Mr. Brown, the premiere of his debut film, Family, was shifted to December from original date earlier in the year for strategic reasons. His excitement was palpable as he shared how the project was a labour and love and carries with all the investments, attachments and positive expectations one would have for a first child since this is his debut production.

‘This movie is just one of the mediums I want to use to correct this very disturbing situation in our current dispensation. We wouldn’t have all been here and sane if the family structures we grew on led us astray’, He added.

Family, will be premiered on the December 2, 2022 at the Trinity Baptist Church Opposite UPSA, East Legon at 7pm.