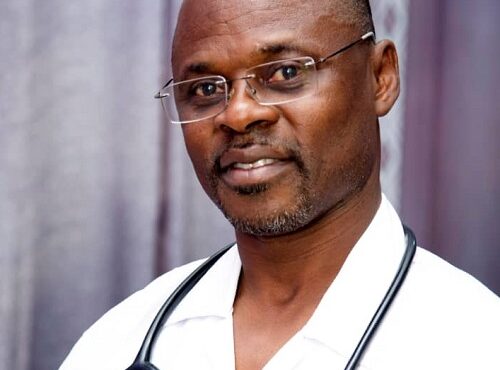 Dr Thomas Winsum Anabah, distinguished Medical Practitioner in Critical Care, has cautioned Ghanaians to be careful about how they use herbal medicines to treat themselves because, some of these medicines could pose health hazards, including liver and kidney problems.

According to the research medical doctor, some herbal medications could cause serious complications to the health of an individual, which includes liver intoxication, kidney impairment, when not taken in the correct proportion and mode.

The Medical Director of Habbana Medical Centre in Tamale gave the hint in an interview with The Spectator in Accra last week.

He lamented that, the toxicity of the drug, dosage, frequency of administration in the production of herbal medicines could replicate a dangerous threat to the health of a patient signed on taking the particular drugs.

“In my practice as a Medical Doctor here in Ghana, I have treated so many patients who have had serious side effects from herbal medications, and when you ask them, you realise that the way the medicine was produced and given to them does not have any scientific backings and endorsement at all for human beings to take,” he fumed.

The international award winning medical doctor cautioned Ghanaians to be watchful about the dispensation of herbal medicines in order to take them in the right dosages.

This, he meant, was to make the public to only take herbal medications that have undergone scientific research and approved by certified authorities.

He appealed to patients to always look out for inscriptions on the labels of herbal drugs and ensure that, it must be packaged, bottled and licensed by the Food and Drugs Authority similarly to the ones we buy from China, Japan, America and India.

Dr Anabah advised the government to strengthen our herbal, or plant medicine departments in Komfo Anokye Teaching Hospital and the Mampong Research Center to really come out with policy and support those dealing with herbal medicine to give us right prescription on how their drugs should be taken.

“I know there are some herbal medicine practitioners who have acquired license but there are a lot who do not conform to the guidelines of operations, hence government should regulate them very well and monitor their production very well and deal drastically with those who will not agree to have their drug tested before selling,” he stated.

This, he said, would help minimise the side effects, and all the negative consequences associated with the intake of herbal medicines.

According to Dr Anabah, government must open an avenue for all those dealing in herbal medicine to enlist themselves into groups in order for them to undergo some form of training and testing of their products.

“To me, I’m really very worried about the way herbal medicine is damaging people’s lives in Ghana, and I am not concluding that all herbal medicines are bad,” he emphasised.

According to him, there are a lot of quacks in the system, leading to increase of liver intoxication and kidney impairment in recent times mainly due to wrong herbal prescriptions.

“This aspect of medicine when regulated efficiently, could serve as a source of income and employment for a lot of Ghanaians,” he said.

Dr Anabah disclosed that people now go and bring anything boiled from the bush, and once they boil it and it’s dark, the darker it is, the more powerful they think it is, and that is how they determine its efficiency.

“I’ve seen people with wounds come to my facility because they have a small boil, and have gone to put soap concoctions there and got infected with bacteria, parasites and tetanus, and we nearly amputated the leg but we have salvaged a lot of them,” he indicated.