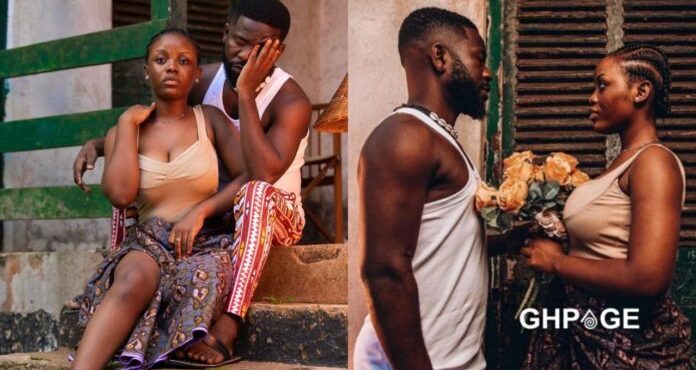 Talented and celebrated Ghanaian female songwriter who performs under the stage name Gyakie – Has finally addressed the pressing rumours that Bisa K’dei is her ghostwriter.

For some time now, a majority of social media users have been crediting Bisa K’dei as the genius behind the melodious Gyakie puts out.

Speaking on the Breakfast Show on the Accra-based GTV, the prolific vocalist categorically stated that she’s the brain behind all the songs she has released so far.

She continued that she has a lot of respect for Bisa K’dei because she looked up to him before hitting the limelight but he’s not her ghost songwriter.

“My name is Gyakie. I’m a Singer and a Songwriter. Ever since my first song came out, I have written every single song that has come out myself. I write my own songs and that’s just about it, so please stop that“

“I have been seeing it online a lot that Bisa Kdei is my ghostwriter. He is somebody I actually love his music and he’s one person that actually trusted my sound from the beginning. So I respect him for that”

Responding to why she was nicknamed the “songbird”, she said her manager gave her the state name after realizing her singing tone was as sweet as a bird, which she described as the most beautifully sung creature in the world.

Far away from this news, Gyakie has a song with Bisa K’dei titled “Sika”. You can check it out on the various music streaming platforms.