Blame them all! PlainTalk with John Vigah 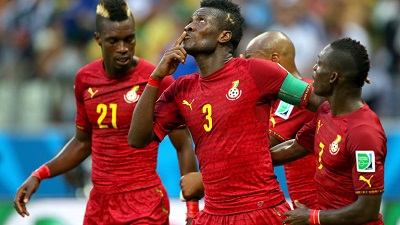 It may have been six years now, but the pain and embarrassment of Ghana’s piteously miserable World Cup campaign in Brazil has still not dissipated.

The Black Stars were flushed out in the opening round in a campaign they had been tipped to progress even beyond the quarters.

In the absence of any domestic football activity, many sports presenters have been trying to analyse what really went wrong – with callers pouring out with divergent opinions on the issue.

Truth is that the Stars’ disastrously white-white performance could be attributed to poor team management, governmental naivety and player discipline.

Indeed, government underestimated the situation and failed to respond early enough to the request of the players as regards their $100,000 appearance fee as FIFA also delayed with their obligations.

Sadly, things got out of hand even before the government flew into Brazil $4m dollars to the players ahead of their final Group G game against Portugal.

For the Team Management, they failed dolefully to manage the tension that had engulfed the team’s camp in Brazil, culminating in the physical exchanges between Sulley Muntari and Moses Armah Parker (Management member) as well as the spat between Kevin Prince Boateng and Coach Kwesi Appiah.

At the end of it all, Sulley and Kevin were flushed out of camp with the Stars going ahead to lose 1-2 against Portugal in a game in which skipper Asamoah Gyan scored the equaliser that turned out to be momentous as it crowned him as Africa’s highest scorer in World Cup history.

Now, when you come to the players proper, one would say they just blew up a smart-as-whip opportunity to dazzle the world again.

Fact is, they lost focus and allowed the inordinate thirst for money to blow them into shreds.

Of course, it may not be the way to go; but in both Germany 2006 and South Africa 2010, their appearance fees were paid, albeit late. So, there was nothing to suggest that they were not going to have their money.

It appeared as if the players took their eyes off the ultimate prize. What mattered to them was money, money, money! Nothing more!

Having said that, Coach Appiah, too, cannot be absolved from blame after leading the Stars to that ego-battering 1-2 loss against USA.

In a post-game reaction, he told the media he had deliberately kept some of his best players (including Michael Essien and Kevin-Prince Boateng) on the bench, with the intention of introducing them when the Americans had ran out of steam. Incredible, not so?

You do not do this, especially when the Americans had sworn to “come at you,” having lost to Ghana in previous tournaments (2006, 2010).

It was pathetic to see how a lofty dream could come crashing all because of state botch-up, teammanagement and to a large extent, player discipline.

Lamentably, it was not only the story of Ghana – but that of other West Africa’s biggest hopes at the tournament – Cameroon, Nigeriaand Cote d’Ivoire.