‘Body odour can push partners away’ 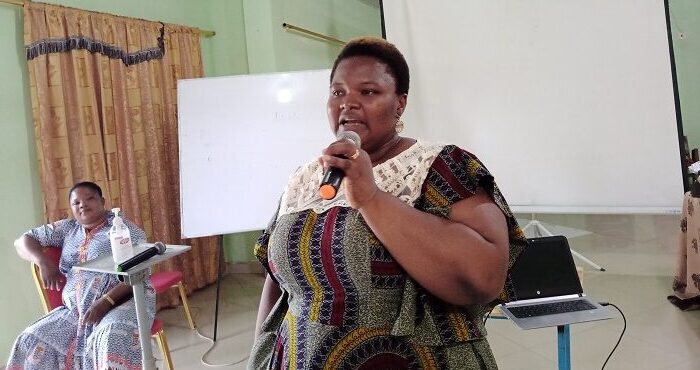 The Director at the Department of Gender in the Upper West Region, Ms Charity Bature has advised married women to maintain a healthy body and practise good personal hygiene to keep their husbands at home.

She explained that having body odour due to lack of good personal hygiene could push married men away from the home and force them to “recruit” other women to perform the duties of wives.

She maintained that it was necessary for women to take very good care of their bodies, especially during their menstrual cycle to prevent them from infections and other issues.

Ms Bature stated this at a day’s workshop orgainsed by the department for female artisans in the region on sexual and reproductive health issues.

The programme, which was supported by the United Nations Population Fund (UNFPA) discussed issues such as safe sex devoid of sexually transmitted infections and diseases (STIs/Ds), personal hygiene during menstruation and sex as well as gender based violence (SGBV).

She explained that sensitisation programmes organised earlier by the Department of Gender had targeted females in the formal sector to the neglect of others, therefore, the workshop at Wa was to ensure that every woman was sensitised to SGBV issues regardless of their social status.

She expressed the need for unmarried persons to abstain from sex but advised that if they could not, then they should indulge in safe and protected sex.

The director defined safe sex as “the use of condoms to reduce the risk of transmitting or acquiring STI/Ds” and said the only form of contraceptive that prevented the transmission of STIs was the condom.

She cautioned women against having multiple sexual partners which according to her could easily lead to the acquisition of an STI/D.

Touching on SGBV issues, Ms Bature explained that if women were adequate and self-sufficient, the likelihood of suffering abuse from men would be quite minimal and urged them to develop themselves in order to remain independent.

“When women have their own means of sustenance, they will not overly depend on a man for their every need so that when the men withhold those needs from them they are unable to function,” she said.

In light of this, the director encouraged the women to endeavour to educate their female children and give them skills training to ensure that they were gainfully employed so they would not fall victim to unscrupulous men.

Some participants who spoke to The Spectator lauded the department for the training and said it had broadened their horizon how to handle issues regarding their reproductive health and family life.