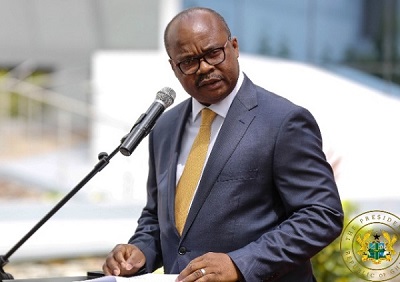 Apart from the mandate of the Bank of Ghana (BoG) to formulate and implement policies to ensure price stability and promote the general economic growth of the country, the regulator is equally concerned about promoting the interest of the customers of banks and financial institutions.

Indeed, a section of the Bank and Specialised Deposit Taking Institutions Act enjoins the BoG to initiate measures to protect the interest of consumers of banks and financial institutions and also educate them on their rights and responsibilities.

As much as banks and other financial institutions play important roles towards the development of any economy through financial intermediation and mopping up excess capital for the government and private sector to borrow to fund development projects, so are customers.

That is why banks and the financial institutions run mouth-watering promotions to entice people who have excess money to deposit with them.

Also, the core business of banks and financial institutions to trade money and generate good returns for their shareholders will not be realised if there are no customers to borrow from them. Banks and financial institutions are able to generate a lot of profits because there are customers to borrow their funds, which can be an individual customer, a private entity or the government.

In essence, customers can be likened to the “golden goose that lays the golden eggs” and must be fed properly. In other words, customers of banks and financial institutions must be pampered and treated with care and respect.

But the relationship that exists between banks and financial institutions and their customers seems to be unfair. It’s like a fight between the ant and the elephant for which there must be a mechanism to ensure fair play. Like the elephant, the banks come from a position of strength because of their financial capacity.

For, example, if a litigation arises between a customer with small savings and a bank, the latter has the financial muzzle to hire top-notch lawyers to defend it in court.

Largely, a section of the public perceive banks to be just profit-oriented with their focus and attention on corporate bodies and investors with big investments in the banks, not people with small savings.

That is the reason the BoG must be commended for taking the lead to bring banking education to the doorstep of the citizens.

Ordinarily, the banks should have been at the forefront of the aforementioned programme, but as a proactive organisation under the leadership of Dr Ernest Addison and his two Deputies, Dr Maxwell Opoku-Afari, First Deputy Governor, and Mrs ElsieAddo Awadzi, Second Deputy Governor, the BoG has decided to move to educate the customers of banks on their rights and responsibilities.

Encouraging as it is, the sensitisation programme is being done few years after the recent banking crisis.
The crisis largely centres, among other things, on bad corporate governance, insider trading, and related party activities, and this could have been avoided if customers had raised flags about the ‘bad’ operations of their banks.

It must be stressed that though the BoG can be criticised for the regulatory lapse which led to the crisis, the bank cannot be solely blamed for the banking mishap.
The BoG cannot be everywhere, so if customers do not alert it of suspicious activities of their banks, there is little it can do.

The BoG’s sensititisation programme is being carried out across the country in churches, mosques, markets and among organised groups and associations.

But first, it has started the exercise from the Greater Accra Region with focus on churches and mosques.
The first of such exercise was held at the St Paul’s Catholic Church at Kpehe in Accra last weekend.

The nationwide sensitisation programme, among other things, is to educate the banking public on their rights and responsibilities and to also elicit the concerns of customers of the various banks in the country for action and redress.
At the forum at the Kpehe St Paul’s Catholic Church, members raised questions about the high penalty imposed on them by their banks for not servicing their loans early and whether they can send their relatives to withdraw money on their behalf.

Also, the members were taught that it was an offence to issue a cheque if one did not have money in one’s account.
The enthusiasm showed by the church members through the questions they posed to the officials, when the floor was opened for questions, demonstrated the importance the church attached to the exercise.

At a point, the church members drew the attention of the leadership of the church to impress on the BoG officials to also speak “twi” in view of the ‘big’ financial terms the officials were unleashing on them.

Interacting with the Head of Market Conduct Office, Financial Stability Department of the BoG, Franklin Asamoah, about the exercise, he explained that the programme had become necessary in view of complaints from some sections of the public about the challenges they were facing in accessing banking and financial services.

He said the Banks and Specialised Deposit Taking Institutions Act mandated the BoG to, among other things, work in the interest of the customers of banks and financial institutions and educate them on their rights and responsibilities.
Mr Asamoah said under the Recourse Mechanism and Disclosure and Transparency of Services directives of the law, customers had the right to complain to their banks for poor services rendered to them.

“If your bank does not address your concern, you can escalate to the BoG and if still it is not addressed, you can proceed to court for redress,” he told the participants.

The Head of Financial Inclusion and Market Sensitisation Unit of the BoG, Mr Franklin Mensah, entreated customers to check if their banks were registered by the BoG.

He said the BoG mandated banks to place their licences at a visible place in the banking hall, adding that customers who suspected their banks of engaging in fraudulent activities should quickly report to the BoG.

Mr Mensah further entreated people not to rush for a loan but, should read loan agreement and conditions properly before they sign for it.

He cautioned the public about issuing dud cheques, saying “it is an offence to issue a cheque if you do not have money in your account.”

The Head of Market Conduct Supervision Unit of BoG, Mr Augustine Amoako Donkor, said the BoG had been receiving complaints on high interest rates, continuous deductions after finishing paying their loans, and penalty on non early payment of loans.

He said it was in that direction that the BoG had initiated the educational programmes to educate customers of banks about their rights and responsibilities.

Mr Donkor said the BoG was currently focusing on churches and mosques in the Greater Accra Region, adding the programme would be extended to the other regions and to markets and organised groups.

As indicated early on, the BoG must be commended for the intuition to lead the way in educating the public about the rights and responsibilities regarding accessing banking services.

The exercise will go a long way to help deepen financial inclusion, help customers to appreciate the importance of banking to the economy and their rights and responsibilities as banking customers.

It will also help to deepen the confidence of the public in the bank and financial institutions in the country.
The banks must actively support the BoG to make the exercise a success. It is in the interest of banks for their customers to know their rights and responsibilities for the services they render them.