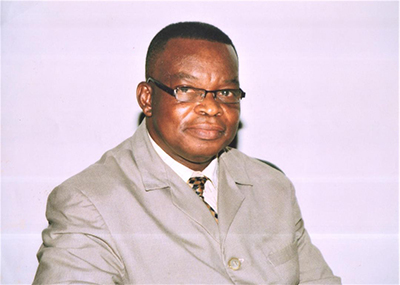 The mention of Borborbor music and dance sparks great interest in people and sends one’s mind to Kpando in the Volta Region where its sublime form is played to entertain gatherings.

Mr Innocent Victor Korku Nuatro, a retired Senior Manager of GCB Bank, who had spent 37 and -a – half years with the bank, and a founder of the Mawuli Borborbor Band, Kpando, has over 100 compositions of Borborbor songs and two CDs to his credit.

Mr Nuatro said his late father nurtured, developed and promoted the music and dance which eventually became the pride of the chiefs and people of the Akpini traditional area.

” People must endeavour to put records straight, give credit to those who ought to be credited and be humble to learn from others,” he said.

According to him, his late father’s ability to organise people, compose captivating patriotic songs, dirges and songs for marriages, naming ceremonies and indeed all occasions endeared him to many people and his music has become the most sought after across the country.

He disclosed that the unique Borborbor music caught the attention of Ghana’s first President, the late Dr Kwame Nkrumah during one of his visits to Kpando, prior to Ghana’s attainment of Independence in 1957. ”It was no wonder, Dr Kwame Nkrumah adopted the original Borborbor group and nicknamed it, ‘Osagyefo’s own Borborbor Band’ “.

Mr Nuatro said the late General Ignatius Kutu Acheampong and Dr Hilla Limann, at various times during their leadership of the country, fell in love with Borborbor music and dance.

He said Borborbor music which has unique rhythm was associated with dance movements with the use of handkerchiefs which were displayed in a special way, adding that the lead singer conducted and controlled the Borborbor  music but not the trumpeter.

” The original Borborbor music is different from what is known as “Akpese Music,” Mr Nuatro said.

He said in the 1970’s, his late father ensured that, the original Borborbor Band was affiliated to the Arts Council of Ghana, adding that the authenticity of the origin of Borborbor music could be ascertained from the University of Ghana Music Department.

Mr Nuatro who formed the  St Mary Immaculate Youth Choir of the Immaculate Conception Catholic Church, Kpando, has advised choir masters and group leaders to refrain from immoral acts since that was the potential for the collapse of many groups.

The renowned musician intimated that choristers played a sacred role in church and should, therefore, revere their calling as a duty to God the arbiter of their lives.
Mr Nuatro explained that those who accepted to serve God as choristers had received untold blessings, answered prayers and longevity of life.

He called on the youth to be zealous for the work of God since it had attracted numerous blessings from God and had empowered many to enjoy fulfilled lives.
Mr Nuatro said those who had dedicated their lives and services to God were not disappointed, adding that they should persevere in prayer, carry out acts of charity and must be at peace with all people.

He emphasised the need for the youth to serve God in their youthful days and eschew acts which would drive them away from worshipping God.

Mr Nuatro joined the GCB Bank as a clerk, enrolled with the Chartered Institute of Bankers, Ghana, obtained the Banking Diploma Part One but could not go further due to frequent transfers throughout the country.

However, training courses he attended were, Management, Leadership, Supervision, Empowerment and Motivation among others.

Hobbies
His hobbies include reading and watching football with Kpando Heart of Lions, Accra Great Olympics, Manchester United and Real Madrid as his favourite teams.