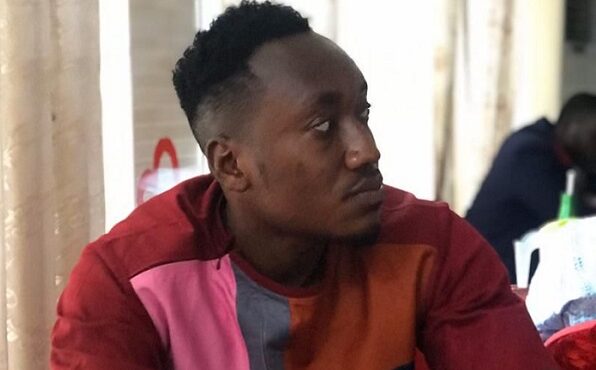 For employing diplomacy as the best option to sanitise a seemingly chaotic situation at his workplace, one Rexford Nunoo, a bouncer, is said to be living in fear for his action.

He has been unjustifiably threatened with death by some unknown persons for separating two males (perceived to be gays) who were fighting at a popular night club, Sun Box Lounge, in Accra, where he worked as a bouncer.

A bouncer is a person employed by a night club or an establishment with similar purpose to prevent trouble makers or other unwanted people from entering or eject them from the premises.

Unknown to Nunoo, who is a Ga-Adangme, what appeared to be a scuffle at the night club was actually a group of people intending to beat up some two guys for allegedly being gay.

“I did my job by trying to settle the dispute. I was able to get the two guys to safety. After this gesture, other people at the lounge attacked me for helping the supposed homosexuals and tagged me to be one of them. They actually abused me verbally and since then my life has been in danger.

“I have been assaulted, injured and my property has been damaged, I even wonder if Ghana is safe for equal rights. I have been forced to go into hiding because I stay in a Muslim community and they are also against this act,” he explained in an interview with The Spectator.

Even worse, the stigma of being labelled a gay means he cannot even go to his hometown where the news had already spread and whose Member of Parliament has been one of the strongest advocates against LGBTQ; same reason he is scared to find solace in the Police since homosexuality is abhorred almost everywhere in Ghana.

“I hail from Prampram, but I can’t go there for safety because the MP, Mr Sam George, is strictly against homosexuals and really wants the anti-LGBTQ law to be passed. It has really affected my mental health.

“My side of the story has not been heard, yet others seek for my life. My fundamental human rights is being curtailed. If not for anything, I am human and need to be listened to. I need to be protected as human first, then a citizen” he said.