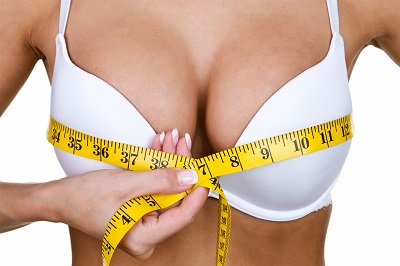 The Breast is part of the human body at the upper front part.  It is the tissues overlying the chest muscles.  According to www.webmd.com, women’s breasts are made of specialised tissue that produces milk (glandular tissue) as well as fatty tissue.

The amount of fat determines the size of the breast.  It is the main source of nutrition for babies.  Health experts recommend breast milk for feeding of babies for at least six months after birth due to the wholeness of the meal it provides.

According to the health experts, it contains protein, fats and carbohydrates and minerals which make it the ideal meal for babies.

It is something that engages the focus of most men and if you are a woman who is not substantially endowed, it could really pose a problem for you in getting a life partner.  I am sure the ladies are aware and that is why they go to all lengths to increase the size of their breasts.

Some of us who happen to be the only boy among many siblings, we have the privilege of how our sisters as girls growing up, sometimes wear our mother’s brassiers jokingly.

This shows how important they value their breasts even as young children and they grow up desiring substantial increase in the size of their breasts and account for the huge numbers of women who have undergone breast implant all over the world.

However, there is an interesting mystery that needs to be resolved when it comes to men’s attitude towards the breasts of women.  Most women who have both male and female children tell of the strong desire of their male babies for breast milk compared with the female babies.

Funnily enough, when they grow to become men, they still are attracted to it, a fact most married women would attest to.  What exactly is with women’s breasts that so engage the attention of men is something worth looking into.

I recall a funny story that a junior at the secondary school, who is now a Bishop of a Church in the United Kingdom (UK), told us.  According to him, he attended a Christian fellowship meeting at Tema (Ghana) and a funny incident occurred as they were dancing during the praises session.

He told us that, as people were excited and were dancing and jumping, he saw a lady wearing a pink dress which was not very opaque and as she was jumping up and down, her breasts were also following suit and he found himself gazing at them.

A few moments later, he came to himself and suddenly realised that he had been doing what a Christian should not be doing.  Such is the attractive power of women’s breast on men, and if you do not discipline your eyes and your emotions it could land you in serious trouble.  Indeed, ‘breasts go kill man’ and that is what happened to a man who now finds himself in deep trouble.

According to a news item shown on one of the popular TV stations, a man is on the run after assaulting his wife in an attempt to kill her.  The story has it that the wife confronted the husband after her daughter who is the man’s stepdaughter complained to her mother that her stepfather has been making sexual advances at her.

The girl then was asked about what happened and she related that her stepfather on one occasion, fondled her breasts and sucked them and then warned her that if she tells her mum, he would kill her and she should know that she is the only child of her mum and that he would also kill himself after killing her.  Indeed, ‘breasts go kill man’

A lady shared a story many years ago about a problem a man confided in her so that she could in a nice way convince his wife so that the house help would be sent back to her parents to save him from adultery.

Apparently the young lady considered the man like her father having stayed long with the couple and developed a very cordial relationship between the man and his wife.  She ,therefore, did not cover herself well and it did not occur to her that she was causing problems for the man.

The man claimed that on occasions in his presence, the young lady could show her breast to his wife to examine something, say a rash or something on her breast without any sense of shyness.

To her, they were her parents but it was causing the man’s emotions to run riot in his groin and he then decided to do something about the situation to prevent embarrassing himself and destroying his marriage.  Indeed, ‘breasts go kill man’

One of the media stations also showed a documentary concerning the life of prostitutes and a prostitute was interviewed to share her story to enable viewers to have an idea about the harrowing experiences these so-called sex workers go through.

Not to sound sacrilegious, I am 100 per cent sure that a lot of the pastors both junior and seniors, if they will tell the truth, will confess that they are very much excited at the sight of pointed breasts of their spouses.

I think that, that is the reason some women cut short the six month recommended period for breast feeding babies to prevent their breasts from sagging.  Again, I suspect it is one of the reasons some indisciplined pastors engage in fornication because they are easily tempted when doing spiritual deliverance and part of the ladies breasts undergoing deliverance become exposed.

If you are a Christian and you do not want your pastor to fall to temptation, then please pray seriously for them and advise the ‘Asafo Maame” also not to deny access of her boobs to your pastor, because “breasts go kill man’.

The writer is a social commentator