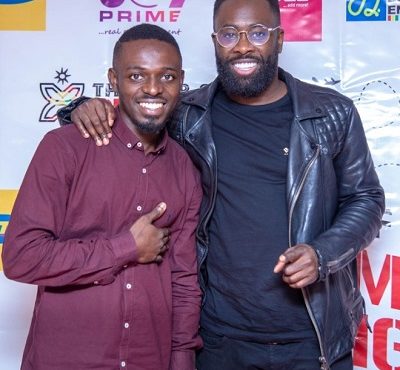 Critics say Ghanaian comedians are not witty enough and it is not a ‘career’ worth pursuing if anybody intends to make ends meet.

Others hold the view that some of the performers only repeat common jokes or even end up stirring controversies. Few of  them have, in the past, ‘taken bullets’ for jokes people considered offensive.

But that is not all. The onset of the novel corona virus has also led to somewhat ‘poor visibility’ of stage comedy shows especially in the capital city, Accra, as it was previously not the case.

In spite of this, there are still some individuals who have yet not thrown in the towel on the craft but continue to find alternative ways of lighting up the mood of their fans.

One of them is Abdul Waris Omaru, who goes by the stage name ‘Comedian Waris.’ He has gained some attention on social media and other public spaces as he continues to thrill fans who find gratification in laughing out loud.

When The Spectator caught up with him recently, he said that he did not have plans of joining the industry but eventually found himself on stage through an audition in 2016.

According to him, he took up comedy because it gave him “quick money” compared to his previous job as a producer at Top FM, an Accra-based radio station.

The former student of Odorgono Senior High School, touching on his life and experience, said he worked at a spare parts company, a cement and concrete factory, and served also in other capacities as a security man, after completing school.

He later on took up a multimedia course and had internship at some radio stations before deciding to embark on his new journey.

“I was working as a Sound Engineer and Producer at Top FM in Accra. I auditioned at one of DKB’s comedy shows and I subsequently had some coaching from him and other actors in the industry who are still coaching me,” he said.

Asked about how much income he earned, the comedian, born in Kumasi Aboabo in the Ashanti Region, explained that his standard of living had been improving since he started comedy.

To further prove that he was, indeed, ‘making money’, he stressed: “when I was a sound engineer I was using a ‘yam phone’. Now, I use an iPhone.”

Waris, also a content creator, said that he had been featured in a movie titled ‘Akwaaba’ with popular comedian Clemento Suarez.

Apart from stage comedy, he again works with some companies as an ‘influencer’ to attract clients and help increase patronage of goods and services of those entities.

He admitted not doing any stage comedy in the past five months but continues to post short comedy skits regularly on Instagram.

Contrary to popular views, he insisted that comedy is worth pursuing, provided the “actor branded himself or herself very well.”

“Everything you want to do pays but it depends on how you package yourself. I think I am doing it to my optimum best and I am making money although I am not yet at the top.

“It is better than working and waiting several months before you are paid,” he stated sarcastically.

Waris said “the sky remains the limit,” as he is considered among some of the top comedians in country.  He posts new funny videos frequently on his channel and interacts with fans to push his brand.

“I get good feedback from my audience and it is getting better. A lot of people started ahead of me. I started four years ago and if I am counted among the top 10 comedians I think it is a good signal,” he added.

Comedian Waris came under fire about two years ago from making comments about musician Sakordie’s little daughter, which sections of the public considered inappropriate. But he was quick to apologise and retract the unfortunate comments he made, whether knowingly or unknowingly.

He advised that budding comedians must have a tough skin, develop creative concepts to attract audience and go “a little crazy on stage.”

“I hope more people would embrace comedy, and when everything is set, I am sure we will derive the outmost benefit from our shows.”

“They (comedians) must know that jokes alone do not pay the bills but they should keep pushing,” he said.

Warris said he was on the verge of establishing a foundation to mentor young people and help them attain their goals in life through their talent.

He did not disclose his relationship status but said he had a “lot of girls” who admired him and indicated that he would soon settle down “with the one his heart decides.”