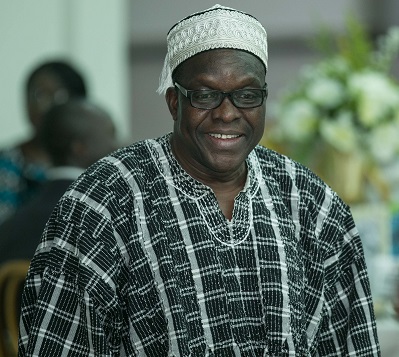 What came as a shock to many people was the shout of “Shut up!” to a member of Parliament when the Speaker wanted his MPs to be punctual and conduct themselves in a dignified manner.

Dignity is very important when it comes to parliamentary duties. In fact, members of parliament including the Speaker are expected to express themselves in a dignifying manner so as to serve as good examples for the rest of society.

It is in the light of this that the recent pronouncement of “Shut up” came as a surprise to many of us. It is our wish that such a thing will never happen again in parliament.

Members of parliament are not children but people who know their left from their right. This is why the general public is expected to show special respect to all parliamentarians and recognise them as leaders who must be placed high in society. Also, the title “Honourable” is used to show the dignifying role they play in society. All these go to show that they are people who deserve our respect from all angles. The respect should not only come from the public but from among members of parliament themselves.

During the time of Rt Hon Speaker, Prof Mike Oquaye, some of the MPs from the minority attacked him unfairly claiming that he was treating them like children. This unfortunate situation prevailed for some time until Prof Mike Oquaye was replaced by Rt. Hon. Alban Bagbin. For Alban Bagbin to shout “Shut up” in parliament shows that he was treating parliamentarians as kindergarten school children, a situation which to some of us, is very unfortunate.

This is not to say that respect for parliamentarians is expected to come from only the Speaker. Rather, the respect must be reciprocal. While the speaker is expected to respect parliamentarians who work under him, all the MPs must be seen as people who also respect the Speaker. If the MPs will not respect the Speaker and his deputies, then they are calling for nothing but disorderliness in parliament and thereby setting very bad example for the rest of the people in the country.

The Speaker represents an important segment of our population and should, therefore, be accorded the respect he requires. Anyone who does not show respect to the Speaker is seen as committing an abominable act which must not be permitted by anyone in the country.

We need to set good examples for ourselves. For this to come about, we need to put up good behaviour at all times and exhibit exemplary lives to all people we come in contact with, including our places of work.

If such respect is not exhibited to the leaders in parliament for example, then we have no right to demand respect from other members of society.

Thus, the simple rule is that the Speaker must show himself as a parliamentary leader who must respect all the people he works with. He should never behave as a dictator or an autocratic person who thinks that the power he wields is equal to that of the almighty God.