Burning issues The lion and the sheep story: any lessons? 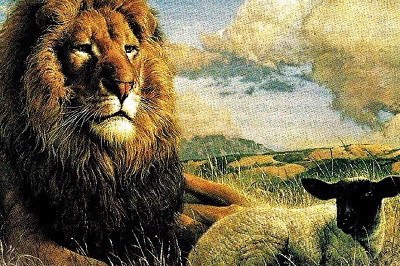 African culture is made up of many stories that are told to children to let them become mature and wise people as they grow up. These stories help them to grow and become useful citizens so that they will not only be wise when they grow up, but help prevent unwarranted mistakes that can occur in society.

One African story tells us about animals in the bush but with a focus on the lion and the sheep. We know that the lion is a very aggressive animal. On the other hand, the sheep is a very harmless animal that is only concerned about what it seeks to find and eat without causing harm to any other animal.

There was a lion that was going around the bush looking for animals to eat to satisfy its hunger. In the process of killing animals and feeding on them to satisfy its hunger it became tired and decided to rest. It woke up from sleep and decided to continue its journey. This time it was in a great hurry and, for this reason, overlooked a big hole that was in front of it.

The animal, therefore, fell into this deep hole and started looking around for help. Help came from nowhere and that made it very sad. It started to cry and hoped that help would come very soon. After a short while, the sheep was passing by and the lion called it and passionately appealed to it for help.

The sheep, knowing how ferocious and wicked the lion could be, told it that it would have been willing to help but for the fact that if the lion was able to come out of the hole, it would devour the sheep. Immediately, the lion started crying and looking so miserable, promising the sheep that nothing like that would ever happen.

After incessant appeals to the sheep, the humble animal decided to help the ferocious lion. It asked the lion to promise it once again that it would cause no harm to it when it brought it out of the hole. Once again, the lion promised not to attack or harm the sheep, swearing that it was never a bad person and would always remember it for bringing it out of the deep hole.

Based on this promise the innocent sheep, humble as it is and has always been, decided to find a rope and let it down the hole. It then asked the lion to hold the rope tight and start climbing up. Within a few minutes, the lion was able to use the rope to come out of the deep hole.

On coming out, the lion started smiling and expressing gratitude to the sheep. The sheep smiled back, thinking that the lion would, indeed, go by its promise of ensuring that it would never be attacked.

The lion, ungrateful as it was, decided to catch the sheep, contrary to the promise, and eat it up. Laugh. The sheep started crying and within a few minutes many animals in the bush heard of the cry and became attracted to where the incident was taking place.

HOW WAS THE LION REMOVED?

The animals wanted to know what was happening so they asked the sheep to narrate what has happened and after that they also asked the lion to tell them about its version of the story. All the animals, upon hearing the story from each of them, knew that the lion was wrong, but they were all afraid to say so.

After some time, the rabbit, being a very wise animal, politely told the lion that it did not believe that the sheep was the one who actually brought it out of the hole, and that if, indeed, it was the sheep that brought it out, then the lion should get back into the deep hole for all of them to see how the sheep was able to rescue it.

This story tells us how wicked some people we deal with in this world can be. Some of the people we encounter in life, whether in the marketplace, in organisations, in hospitals, as managers or chief executive officers are so wicked that much fear is put into their subordinates.

The lion was feared by all the animals in the bush, so even though they knew what it did was unfair none of the animals was able to stand up boldly to tell the truth that it was being unfair to the sheep. They knew the truth but were afraid to speak it out.

There are many chief executives and managers who are operating very well in this country. Unfortunately, there are many others who are so wicked that their subordinates, like the ferocious lion, find it very difficult to come out with the truth about the issues.

There are many lessons we all need to learn from this simple story. In the first place, there are many wicked people who have been appointed to positions of authority and who are using dubious means to cover their misdeeds. These wicked people ought to be uncovered and put to shame.

There have even been cases where some of them have been investigated for the truth to come out but the appointing authorities, for some reason, find it difficult to stand by the truth and put such wicked people to shame. When things happen this way, it discourages the majority of the people who serve as subordinates around these wicked people to stand for what the truth is, knowing that at any point in time they may be sacrificed or victimised in a very unfair manner.

For fear of being unfairly sacrificed or being victimised, many of these subordinates keep quiet over the atrocities that are encountered in many workplaces. If these things continue, people will keep quiet and the appointing authority will always be unpopular.