Can Science and Religion converge? 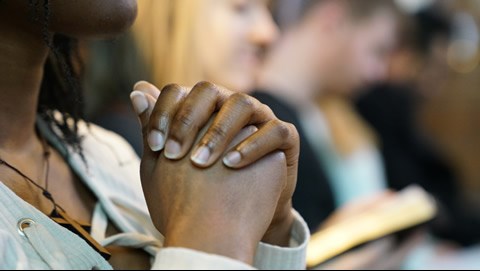 I am an unrepentant Presbyterian and nothing will change that. If my parents had not got me baptised when I was barely three months old I would have opted to be either a Catholic or Buddhist even if I see myself as an Esoteric Christian today.

I have gone higher in the study of philosophy of religions and the nuances of religious practice, divinity and spirituality. But I do not claim to be an authority on anything.

Growing up, I knew of the orthodox churches mostly because many or all of them ran schools and the school uniforms were distinct for easy identification of the churches. It was a colourful beauty to see all these schools line up during Independence Day parades.

Then arrived the Pentecostals and after them the ones calling themselves the Charismatic. I recollect one Rev. Dr Kuntu Blankson who enchanted crowds at the Jackson Park at Koforidua back in the day with his powerful voice and gesticulations. The late Rev. Bob Hawkson was one of his lieutenants.

Some of my sisters fell for the new deal but I made it clear I was not a ‘religious prostitute’ hopping from one to the other. I do not know what has become of Dr Blankson’s church in today’s scheme of things.

Many of today’s churches started from little open spaces with a few adherents clapping to songs and dancing their sorrows away, then graduating with megaphones and maracas into musical accoutrements and large auditoria. Soon they became mega churches, commanding a lot of wealth and affluence. And with it fanciful titles and ranks. Apostle General, Prophet, General Overseer etc. What freaks them mist is when they are called Papa.

During the COVID-19 pandemic when the world was under virtual lockdown in 2020, some churches, especially the orthodox ones, took it with grace and followed directives.

But, there was a viral video of the founder of Christ Embassy, Dr. Chris Oyakhilome, screaming his frustrations on scientists, describing the virus a hoax by people to foist 5G antennae on humans by locking us out. Or was he simply rueing the absence of his congregation? He was not alone. Many others complained of loss of revenue from tithes etc.

The latest of his videos that I saw made me laugh. Dr. Oyakhilome says that scientists are injecting us with microchips in the guise of vaccines so that they can communicate with our bodies. Microchips in liquid form? How? If this were the case, I guess science has reached its  zenith. But the inconsistencies in his theories are not lost in anyone. One moment it was 5G and now liquid microchips.

Prayer and fasting cannot be substitute for hard work and application of common sense. Faith, science and common sense must have a point of convergence.

A popular pastor in Cameroon who said he could cure COVID patients and went to pray and touch patients in hospital was himself buried from contracting the virus. Foolhardiness, if you asked me.

Why don’t these mega churches pool their financial might together, fund research into cure for tropical ailments? What stops them? After all, the Christ left two commandments: preach the Word and heal the sick.

African scientists and researchers are dying for funds to conduct their research and these churches could help. If they do not want to help, I suggest they keep quiet and allow the scientists to do what their limited resources could allow them.

The founders of these churches are supposed to be leaders. As such the emotional, physical and spiritual wellbeing of their members rest on their leadership. As leaders, they must be mindful of the messages they deliver because what you feed one person with can turn another away.

That was why Paul did not write one comment pastoral letter to the Corinthians, Galatians, Ephesians etc. etc. He wrote the letters different from one another because each had a different level of consciousness from the other. Do our preachers understand this?

The founder of  the Light House Chapel, Dr Dag Heward-Mills is seen making jest of people of the Volta Region in a viral video, describing them as practising a little Christianity and a little juju, saying, “Xose vide, bo vide” and topping it with “what a shock!!” And his audience were in hilarious stitches.

Dr Heward-Mills is a leader who, I believe, must understand the sensibilities of his congregants. As a leader, he should have sought out the knowledgeable Ewe in his group to brief him on the genesis of the expression, “Xɔse viaɖe, bo viaɖe.” That would inform how he presents his message. As one who writes a column in one national paper on leadership, I think he has failed this time round with such a divisive comment.

Now, some of these men of God try to outdo one another with prophesies and predictions that boggle the mind. This or that politician will die this year. That celebrity will perish in a car crash on August 3. They never prophesy on anything that edifies. There will be a bumper harvest so government should build silos. No, not that one; they are not interested. Question is what God do we have who only gives doomsday revelations to His supposed servants or anointed?

There are also those who train into Astral projection to visit the Akashic Record of world events. Whatever is revealed to all these people is supposed to be used for the good of mankind. These could be scientists, researchers who are desirous of finding solutions to current and future problems.

God reveals things to others in dreams as the Bible says. Some are through the stars as was with the three wise men. However, dreams mostly reflect our physical and mental condition. Go to bed on a hungry, empty stomach and tell what dream you had. Then go to bed with a half kilo of fufu or sleep with a bout of malaria. Only a sound mind in a sound body can yield a meaningful dream worth considering.

If some of our prophets are true, they will be the last people to say anything at all. But not only do they talk too much, they are so intolerant of one another that they engage in turf wars on social media. There was news about one who got a bunch of his followers to threaten another with cudgels recently. Another was seen in a video stomping the belly of a pregnant woman in an orgasmic frenzy of deliverance. Yet one in some African country ordered his followers to go chew grass. And they did.

Now, the target is captains of industry and business as adherents who can help swell the churches’ collection bowls.

One founder of a church spotted the many delivery vans of a company at Kaneshie and sent one of his assistants to go invite the CEO because God revealed to him about this business. After listening to the young acolyte, the CEO said in a soft tone, “I have over three hundred staff in my employ.

I pay tax, social security and can you imagine how many benefit if each of them has four or five dependents? How many has your leader employed? What tax does he pay? Go tell him I give to charity but not to churches.” I do not have this CEO’s permission to mention names, else I would have done so.

What has happened to the Christ as the ideal? Churches have become big money making machines, seeking not the kingdom of God but economic kingdom; most of them. There are a few that practise what the Christ commanded though. Very few.

I wonder why their followers do not know that the very miracles they are seeking from these pastors are right inside of them. Godhood is in each and every one of us; never in the churches. Why is it difficult to look for the God within? Until we realise this as a fact, we shall always assume that science and religion are on a collision course.

*Post Script*: In my last article, I stated inadvertently that Obetsebi Lamptey was sent to bring Kwame Nkrumah down to Ghana. It was rather Ako Adjei who took on that assignment. The error is deeply regretted.