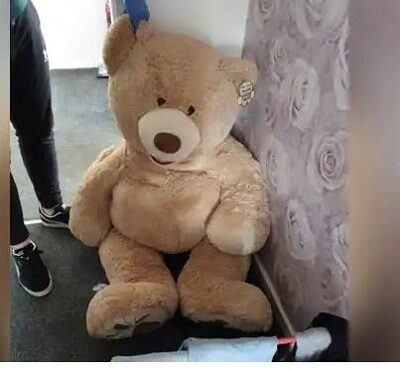 • The thief stuffed himself inside a giant teddy bear

A man in the United Kingdom who was wanted for car theft was sent to jail last Friday after police found him hiding inside a teddy bear.

According to a social media post by Greater Manchester Police, 18-year-old Joshua Dobson had been wanted by cops since May, when he stole a car before fuelling up without paying.

Last month, when officers went to his address to arrest him, they noticed a large teddy bear on the property that appeared not to be entirely inanimate.

The cops found that the 18-year-old had stuffed himself inside the giant five-foot teddy bear.

“When we went to arrest him, our officers noticed a large bear breathing in the address before finding Dobson hidden inside!

“He’s now stuffed behind bars after being sentenced last week for theft of a motor vehicle, driving while disqualified, and making off from a petrol station without payment,” the Greater Manchester Police said on Facebook. – ndtv.com