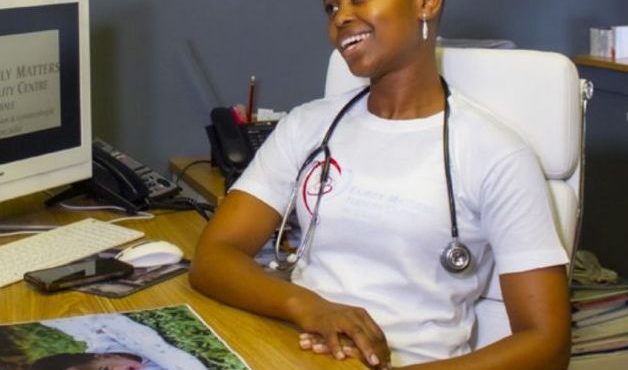 It is said that we should believe in our dreams because they have been given to us for a reason and that if we have a heartbeat, there is still time for our dreams.

In this edition, we highlight the stories of some female African medical practitioners who have worked hard to achieve their dreams and continue to leave a trail in their respective fields.

The 29-year-old is Kenya’s first female Radiopharmacist also referred to as Nuclear Pharmacist, a pharmacy professional speciality mainly tasked with preparing radioactive drugs in a safe and quality way. These drugs are used for the diagnosis of various diseases, mainly cancer.

Her position came after years of excelling in a demanding male-dominated field.

Dr Itotia obtained a Bachelor of Pharmacy from the University of Nairobi (UoN), which took her five years to complete. She graduated as the valedictorian (best overall student in the entire university) in the class of 2017.

Being a valedictorian, she secured a fully-sponsored scholarship by the International Atomic Energy Agency (IAEA) to study Radiopharmacy at Sefako Makgatho Health Sciences University in South Africa, which she recently completed.

“My journey in the radiopharmacy world has been interesting as it completes my world. Growing up, I wanted to be in the medical field, mainly to make difference for people with cancer,” Dr Itotia said.

She is a Radiopharmacist/Nuclear Pharmacist at Kenyatta University Teaching, Referral and Research Hospital.

The 27-year-old is a South African born Medical Doctor and Philanthropist.

At a young age, she befriended a bad crowd. At age 16, she was pregnant and gave birth prematurely.

“My son was born prematurely and spent two months in the neonatal intensive-care unit. It made me realise I had to take care of him. From that very moment I decided to turn my life around,” Dr Emeran said.

She relocated from Cape Town to Joburg to pursue her dream of becoming a doctor, despite the disapproval in her community.

Dr Emeran worked part-time jobs so she could pay her medical school fees at Wits University.

In 2020, few weeks before her graduation, she received an email from the University notifying her that she would not graduate until she had paid off all her outstanding fees.

She shared the devastating news with her Instagram followers in a five-minute video where she explained that she was in desperate need of assistance. The video went viral, South Africans were touched by her story and helped to fundraise the full amount in 24hours.

She is a Namibian born award-winning Ophthalmologist and Humanitarian, notable for her charitable work among sufferers of eye-related illnesses in Africa. To date, she has performed sight-restoring surgeries on 35,000 Namibians, completely free of charge.

“There’s no money in this world that can pay the joy of someone who was blind for so many years and then suddenly they regain their vision,” Dr. Ndume said.

Her motivation to serve those less fortunate than her stems from the civil unrest that she witnessed as a child. She was forced to flee her homeland at the age of 15, and lived in Zambia, Gambia (where she completed secondary school), and Angola, before attending medical school in Germany and returned to Namibia after obtaining her Medical degree.

In 2009, she was honoured with a humanitarian award by the NRCS for her work in restoring sight to those blinded by cataracts. In 2015, she became one of the first recipients of the United Nations Nelson Mandela Prize. In 2018, she was listed as one of BBC’s 100 WOMEN.

She is the Founder and Medical Director of Family Matters, the first female-owned Fertility Clinic in South Africa, Centurion, Pretoria.

The South African born Gynaecologist, Obstetrician and Fertility Specialist, affectionately called Dr Q by her patients, enjoys interacting with other women and is immensely excited by the thought of alleviating other women’s pain and struggles in conceiving.

She holds a Bachelor of Medicine and Bachelor of Surgery (MBChB) from the University of Kwazulu-Natal. She completed her internship at Witbank Hospital, rotating in the various medical departments.

She then worked at Pretoria West Hospital as a Medical Officer and trained as an Obstetrician & Gynaecologist at the University of Pretoria and obtained her qualification as a specialist in 2015, through the Colleges of Medicine South Africa.

The Botswana born Medical Doctor, Public Health Clinician, is the Founder and Medical Director at Health Express Clinic – a private medical clinic that focuses on disease prevention and wellness.

Dr Moshokgo practises as a Medical Officer at Sir Ketumile Masire Teaching Hospital. She is a co-founder and vice-chairperson of Bound by Love, a charity organisation which provides mentorship and academic essentials to underprivileged students.