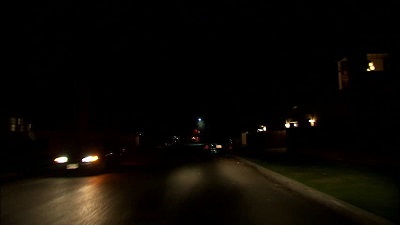 Please permit me to use your medium to draw attention to some pressing issue. I usually drive past the Professor Atta-Mills High Street and the Independence Square in Accra but never does it occur to me that this stretch of the road poses a great danger to users with  20 dysfunctional streetlights along the stretch.

While that part of the capital city is very busy during the day, with a number of people going about their daily businesses, it’s very surprising to note that the monumental stretch that was named after the late President John Evans Atta-Mills is a dangerous area to walk at night.

Institutions such as the Bank of Ghana, the Supreme Court, the Kwame Nkrumah Museum, the National Lottery Authority, and the Volta River Authority are lined up on the stretch.

In the evenings, it becomes very rare to see anyone walking in the area as it poses a great threat to human lives at that time.

Unlike during the day where a lot of people walk through the streets, in its place in the evenings, there are only the sounds of vehicles.

On one of my usual routines on Thursday, September 2, 2021, from work, as I drove past the High Street, I observed that drivers did not stop at the traffic lights between the Accra Sports Stadium and Independence Square at night due to the pitch darkness.

Also, on the Law Complex Road, I witnessed gross driving indiscipline displayed by drivers who plied that route at night as they did not obey the traffic light regulations.

The only lights functioning on the Atta-Mills high street is at the Black Star Square roundabout – the Independence Arc, and the lights atthe buildings of the institutions earlier stated.

It is very sad to note how the Prof Atta-Mills High street, which is a tourist attraction, and which sits in the heart of the capital, is gradually growing into one of the most dangerous areas to walk or travel on at night.

Government must work hard to resolve this looming danger before people are robbed of their valuables and lives are lost.

I think government can use the three per cent levy charged all consumers of electricity for street lighting (which generated GH¢273.9million of revenue in 2018 and 2019) to ensure that the entire country is properly lit up at night.