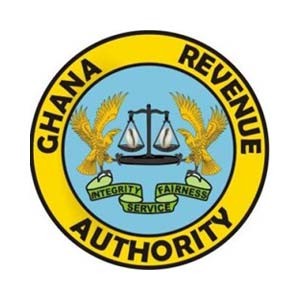 A 44-year-old clearing agent, Francis Yaw Terrison is facing trial at an Accra High Court for allegedly duping the state of an amount of GH¢16,369,908.10.

The accused, a Freight Forwarder and the Chief Executive Officer of GATAFX Logistics Limited, a clearing agent company, who operated at the Kotoka International Airport in Accra, is said to have forged Customs Excise Duty Documents and GCB receipts between 2014 and 2019 to defraud the state of the amount.

The facts of the case read in court indicated that the Ghana Revenue Authority (GRA) in recent times had not been meeting its revenue targets and thus, the Intelligence Unit of the GRA decided to conduct thorough audit into transactions of some key freight forwards whose tax returns looked suspicious.

The prosecution said as part of investigations, the Intelligence Unit of the GRA on January 1, 2020, wrote to Max International Company, the importer and GATFAX Logistics Limited, the clearing agency and obtained the import documents from 2017 to 2019.

The court heard that when the import documents were scrutinised, it was detected that, the accused person’s company between 2014 and 2019 under declared to Customs the required duty amount which was to be paid to the state, and paid a lesser amount.

The prosecution explained that on the contrary, the accused after paying a lesser amount, then scans the paid duty documents that he had generated from Customs and inserted or doctored the right duty figures which were supposed to have been paid to the state to make it reflect as the amount paid and used the forged receipts and documents to bill the importer, Max International and unduly benefitted from the suppressed amount differences.

The court heard that during interrogation and in his caution statement, the accused admitted the offence and narrated how he manipulated the system.

The prosecution told the court that the accused said he used proceeds realised from the deal to buy six plots of land at different locations at Oyarifa and Ayi-Mensa, both suburbs of Accra.

The court further heard that the accused used some of the monies to put up three separate storey-buildings on three of the plots.