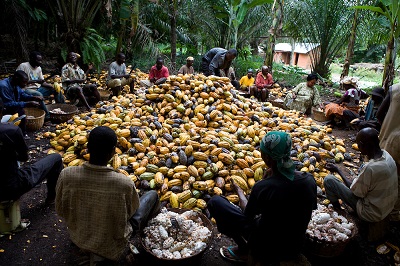 Reports from many cocoa growing regions in the country indicate that many cocoa farmers have not been paid by the Licensed Buying Companies (LBCs) for their purchased cocoa in the last two months even though the main cocoa season is tapering off.

Many cocoa farmers are reportedly in distress and anguish as a result of the non-payment of their already purchased cocoa beans. The health and economic implications to such farmers cannot be easily quantified.

And such farmers are compelled to seek for loans with very high interest payments, just to meet their basic needs.

Painfully, such a situation defeats government’s effort at investing more in the cocoa sector to motivate farmers to boost production to meet the projected target of one million metric tonnes annually.

In my view, it is only COCOBOD that can properly explain what is happening to our distressed cocoa farmers across the country.

Why am I saying so? As established, the functions of COCOBOD include production, research, extension, internal and external marketing and quality control of cocoa.

The functions are classified into two main sectors; pre-harvest and post-harvest, which are performed by specialised subsidiaries and divisions.

Now, COCOBOD, please listen. In the Buem District of the Oti Region, for example, it is reported that from just five LBCs, cocoa farmers are owed about GH¢ 12 million, representing about 17,000 bags of cocoa beans purchased by the LBCs but not paid for.

In the Western North Region, reports also indicate that only Cargill cocoa sourcing companies are adequately resourced to be paying for cocoa purchased from our farmers.

So, the question is: What is preventing COCOBOD from releasing funds to all the relevant LBCs to enable them to pay the farmers for cocoa beans purchased?

The loan facility is expected to assist COCOBOD to make upfront payment of cocoa beans it buys from cocoa farmers. If that is the case, then what is happening?

It must be noted most cocoa farmers depend on proceeds from the sale of their cocoa beans to fend for themselves and their families, besides hiring more farmhands in the preparation of new farmlands for subsequent farming seasons.

The cocoa proceeds also pay school fees of wards and children of cocoa farmers, apart from catering for their medical and domestic utility bills.

The 2017/18 Ghana Census of Agriculture(GCA) survey reveals that agricultural activities in Ghana still remain rural and rudimentary, with little innovation and moderniSation, and which is even made worse by an aging farmer population.

And so how do we improve the already dire situation with the concomitant delay in the payment of cocoa farmers who have legitimately sold their beans to the LBCs?

Experts say, to achieve any significant difference in terms of the results, the current modes of operation and characteristics of the persons and institutions engaged in agriculture in Ghana must be totally overhauled.

According to Professor Samuel Annim, Government Statiscian, there must be a deliberate strategy to attract the youth, especially those with tertiary-level education, among whom unemployment is high and who the census shows have very low participation in agriculture. But from what is confronting cocoa farmers now, how do we do it?

This is against the backdrop that in 2017 the government launched an ambitious plan to increase Ghana’s cocoa production to one million metric tonnes per annum.

Records indicate that currently, Ghana produces between 700,000 and 800,000 metric tonnes of cocoa annually.

Reportedly, cocoa farmers in the towns of Soubre, Daloa and Yamousoukro protested recently outside the offices of Le Conseil du Cafe Cacao (CCC), regulators of the Ivorian cocoa industry.

The reason? Reportedly, cocoa buyers are refusing to pay farmers and so beans are piling up in warehouses upcountry, thus, compelling some desperate cocoa farmers to sleep outside the offices of Cote d’ivoire’s cocoa regulator to demand action.

In Cote d’Ivoire’s situation, some analysts explain that it is due to the global chocolate standoff, whilst innocent farmers suffer for it.

The analysts claim that the large global chocolate makers and cocoa processors are deliberately trying to cut costs to derail the payment of the innovative Living Income Differential of $400 per a metric tonne of cocoa purchased from Ghana and Cote d’Ivoire.

Consequently, last year, the analysts contend that some of the global companies sourced large quantities of cocoa beans through the New York futures market, where beans were cheaper than the physical cocoa market.

According to the analysts, the large global cocoa companies were trying to dodge the payment of the West African premium, called the Living Income Differential.

The cooperation by Ghana and Cote d’Ivoire to demand $400 per metric tonne of cocoa was intended to boost income of our poor cocoa farmers.

But some of the big-time cocoa traders, processors and chocolate makers claim that the Ghana-Cote d’Ivoire innovative plan which was recently implemented, is an OPEC-style attempt to boost prices that lacked the supply and demand economics, which is key to the OPEC cartel’s success.

The question to COCOBOD, however, is: In Ghana’s situation, what is the problem? And how do we resolve it once and for all, in the face of the mountainous difficulties confronting agriculture generally in Ghana?