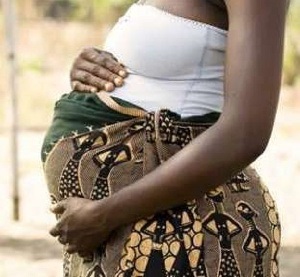 The Cape Coast Metropolitan Director of Social Welfare, Mr. Okine Mustapha Aryee, has called on the chiefs and family heads within the Oguaa Traditional Area, to institute punitive measures against men who impregnate girls out of wedlock in the municipality.

He said that cohabitation among the youth was becoming a norm in the metropolis thereby contributing to a high rate of teenage pregnancies in the town.

The situation, he said, had become necessary due to a number of parental neglect and wondered why people must be left to experiment with marriage which was supposed to be a sacred and serious business.

Mr Aryee made the proposal at a stakeholder engagement organised by the Oguaa Traditional Council with the support of the Member of Parliament for Cape Coast South, Mr Kweku Rikkets Hagan to address a number of challenges confronting the traditional area.

He stated that, most of the men who were responsible for the pregnancies sometimes refused to take up responsibility after the ladies had been impregnated.

Marriage, he said, was not mandatory and that, those who were not ready should not try to experiment it for fun, saying, “Marriage is a serious business”.

“Most of the men who refused to take responsibility, are now paying for the upkeep of their children at the Social Welfare department after the mothers have reported them to the department,” he said.

The Metropolitan Director said that drivers, fishermen and teachers were the highest number of men responsible for such teenage pregnancies in the metropolis which was affecting the development of children in the area.

He mentioned parental irresponsibility as also one of the major causes of teenage pregnancy and urged parents to support the efforts in moulding their children.

The Omanhen of the Oguaa Traditional Area, Osabarima Kwesi Atta II, in his address, expressed concern about the rate of road accidents and called for action to address the situation.

He expressed worry about the rate of teenage pregnancies in the area and called on the youth to be committed to their studies.

The MP, Mr. Kweku Rickket Hagan, who chaired the event expressed concern about the poor performance of pupils at the basic education level which he said denied majority of them the opportunity to gain admission into some of the elite Senior High Schools within the metropolis

On his part, the MP for Cape Coast North, Mr Minta Nyarko also urged the residents to explore the various opportunities opportunities available for the development of the area.