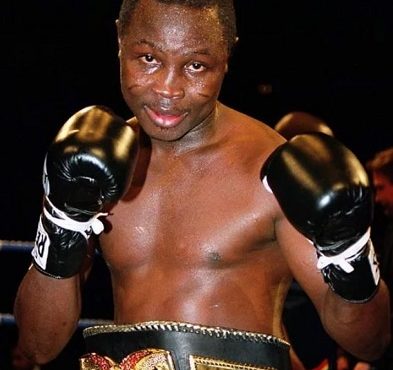 The Commonwealth Boxing Council (CBC) has extended its sympathies to the family of the late former world champion, Alfred ‘Cobra’ Kotey who passed on last week in the United States of America.

The CBC’s message of condolence was conveyed through Mr Yoofi Boham, an international boxing matchmaker.

“I am very sorry to learn from my old friend Yoofi Boham, of the death of our former champion, Alfred Kotey, whose very successful early career in Ghana and the UK I remember very well,” the statement signed by Simon Block, a member of the CBC said.

“Kotey won our vacant flyweight title in Accra in 1989, successfully defending it a year later in the UK, vacating it when he moved up in weight.

“Four years afterward, he won the WBO bantamweight title; defending successfully twice before losing it in 1995 but remarkably, bounced back in his next contest to win the WBC International title, a title he never lost in the ring.”

Mr Block said Kotey’s career became more erratic after that, winning and losing a number of minor title contests but when he twice failed to win the Ghanaian and African Boxing Union super featherweight championship against fellow countryman, Gideon Annor, drawing the first in 2000 and losing the second in 2001, it seemed clear that his career as a world-class boxer was over.

“He carried on far too long until 2008 mostly losing; regrettably a story not unknown in this toughest of all sports.

“Kotey will be remembered as a gentleman and a classy athlete, but one whose talents inside the ring were almost certainly not matched by the sort of financial reward that may more easily accrue to home grown heroes; a fate that often befalls talented boxers who have to leave their homelands to pursue their careers in countries where opportunities exist to get to the top, but where success does not always translate into either a substantial ticket sales or television audiences.”