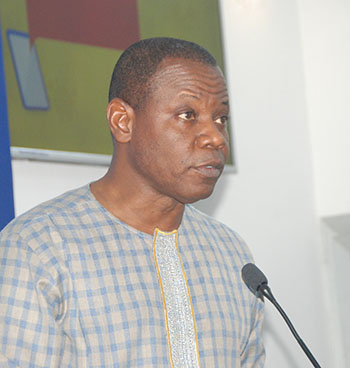 According to the Ghana Health Service (GHS), deaths resulting from the virus have risen to 31 from 29,although the number of recoveries remains at 1,754.

As it stands, the country’s active cases are 4,128 with five persons in critical and moderately ill conditions at the various treatment centres.

Director General of the GHS, Dr Patrick Kuma-Aboagye, at a press briefing in Accra yesterday, explained that the new cases had come from six out of the 16 regions across the country.

The Savannah, Ahafo and the Bono East regions still remain the areas with no confirmed cases of the virus in Ghana.

Touching on the spike in the number of recoveries, Dr Kuma-Aboagye clarified that the “exponential recovery rate is because we have more cases and it takes about three weeks for people to recover so the backlog of people who have tested negative over the period is what is coming in to increase the recoveries.”

The Director-General indicated that Ghana’s recovery rate stands at 29.6 per cent with further breakdown of the recoveries to include the Greater Accra, 22 per cent, “Ashanti with 213 recoveries, (24 per cent), Central, 14 recoveries (2 per cent), Oti (28 per cent), Western, eight recoveries and with North East Region, they had two cases, one died and the other has recovered.”

Meanwhile Dr Kuma-Aboagye pointed out that in the event of COVID-19 related deaths, families and health workers were not allowed to touch or come into contact with the deceased.

“We do what we call supervised burials so we have trained environmental health service workers who handle and assist the families to undertake such burials to prevent infections,” he stated.

“We also advise they exercise extra caution in handling specific organs, especially the parts known to have the highest concentration of the virus like the respiratory and gastric terminal systems because it is quite risky to do autopsy in such areas.”