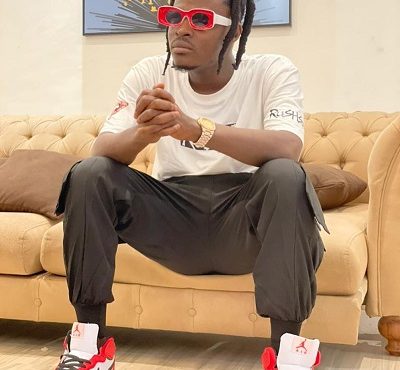 According to him, children consume songs a lot and clearly the lyrics could have an impact on them.

Against this backdrop, he has appealed to his colleagues not to go raw in their lyrics, but remember that adult contents in songs should be coded to make it difficult for children to easily grasp.

“We need to consider the children by hiding adult content in codes to make it difficult for children to understand,” he said.

The Total Cheat hit maker made this remarks in an interview with The Spectator.

According to him, “when children hear some words from people they adore, they wholeheartedly accept it and in some cases act, which could have a negative consequence.”

For this reason, he believes that musicians including him, have a responsibility to protect children in their lyrics.

He said after recuperating from an accident he had two years ago, COVID-19 struck making him coil into his shell, however, he is now back in full swing.

Fancy Gadam is currently out with a new song dubbed, Kom, to wit water which was sang in the Dagbani dialect.

“Any time you impress the elderly, they give you something which they say is for water. The song is to inspire the youth to accpet all opportunities which come their way,” he said.