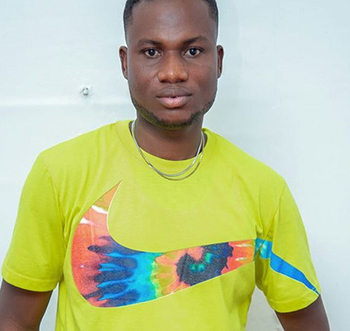 Papa Bonah who released his maiden song in 2014 is hoping that Mama Africa will touch a lot of hearts and has therefore called on Ghanaians to support his cause.

The song which was produced by Chewbeatz is now available on streaming platforms such as Youtube, Audiomack, Soundcloud and Ghplaylist.

He was born in March 1989 at Wawase, which is a suburb of Obuasi and grew up at Tutuka also at Obuasi. Papa Bonah a.k.a Christopher Bonah Yeboah or Chris Yeb attended Pardmore School in Obuasi, before he furthered his education at the Kumasi Technical Institute (KTI).

He is a businessman: a dealer in Second-hand Clothing And Store Clothing.

Papa Bonah is passionate about gospel music and has been singing at church for some time now. He wants to take his delight in music to the next level and the people of Obuasi and Ghana at large should watch out for other thrilling songs, aside from Mama Africa.