Count on us for better digital solutions in 2021 – MTN CEO 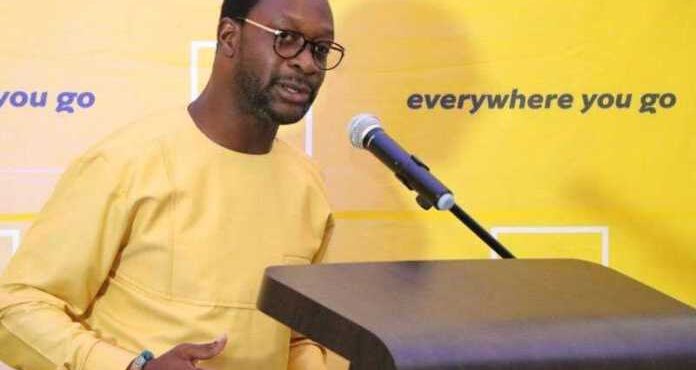 The Chief Executive Officer (CEO) of MTN, Mr. Selorm Adadevoh has assured Ghanaians of the company’s commitment to improved services in the coming year in spite of the challenges presented by COVID-19 this year.

“You can count on us for all your digital solutions and I am reassuring all of you that we ‘dey’ for you,” the CEO said in a statement at the 2020 MTN Festival of Nine Lessons and Carols held at the Fantasy Dome, La, Accra.

He observed that, “2020 has been a very interesting year and I’m sure some of you have endured a lot of difficulties throughout the year; same for us at MTN and for our staff but we are blessed and grateful for the blessings that the Lord has brought upon us despite all the challenges we have been through in 2020”.

He thanked MTN’s customers for all their patience, loyalty and understanding in “our time of need”. He also expressed his personal, and the company’s gratitude to board and shareholders of MTN for their support through the difficult year. “To our partners, you have done a fantastic job ensuring that we could deliver on all our services.

Also very importantly, he said, the staff of MTN deserve commendation for being amazing throughout the year, sacrificing and being at the frontline through a very difficult period,”making sure that we can continue to serve our customers.

At the Carols Night, some selected former MTN Hit Maker participants and winners, who are now making waves in the Ghanaian music arena at the weekend made MTN proud when they took turns to rock the stage at the 2020 MTN Nine Lessons and Carols Night held at the Fantasy Dome in Accra.

Back-to-back, Kuami Eugene who is Ghana’s current Artiste of the Year, Mr Drew,  Kurl Songx, Lasmid,  Adepa, Achiaa and Gabi Nova sang their hearts out at the event. Wielding different approaches to performance and general showmanship, the talent hunt “products” did well to hold the audience’s attention and, indeed saw them off to an enjoyable Christmas.

The MTN ViVa Voices, which is a group of singers from MTN, also dug deep into their wealth of musical artistry to put the audience  into a perfect Christmas mood.

Comedian and MC for the show, Foster Romanus opened the show with a presentation of ‘Iskoki’ a song by dancehall big boy, Samini and he was on point – he sang, danced and generally entertained the audience as he laced his presentations with clean and humourous jokes that tickled the ribs of the people. He also gave out some goodies from MTN in the spirit of the Xmas season.

Top singer, Kuami Eugene led the rest of the artistes to literally open the gate for the celebration of the Christmas festivities with some effervescent performances .

It was amazing to enjoy the masterful way in which the headline artiste and all the other musicians on the bill presented some of the most popular western Christmas carols in various local languages and also sang some original Ghanaian tunes, mostly in Ga and Akan.

It was the objective of the organisers, MTN, to present a Carols Night with a truly Ghanaian flavour, and they were spot on.

The current Ghana Music Awards best artiste, Kuami Eugene, sporting a red pair of trousers and a long sleeve white, rocked the show h-a-r-r-r-d as he danced from one point of the stage to another, singing his own compositions and presenting songs from other popular artistes, much to the enjoyment and admiration of the audience at the event venue and the many around the world, who watched the show live on MTN’s Facebook and YouTube pages.

The other artistes on the line-up, Drew, Kurl Songx, Achiaa, Adepa, Gabi Nova, and Lasmid also injected some verve into the show as they employed their individual vocal prowess and singing abilities to ginger up the atmosphere with some good performances.

In the estimation of many members of the audience, especially per the comments of those who watched the show online, the performance by Ebo Whyte’s Roverman Productions was as a pure class act.

The group re-enacted the birth of Jesus Christ with a Ghanaian touch, as the actors and actresses sang, danced and used trendy Ghanaian catchphrases that easily excited the audience.

Quite understandably, members of the audience at the venue were relatively few due to COVID-19 restrictions, for which reason one could not feel the charged atmosphere that usually characterises such powerful shows. Nonetheless, the various comments by the patrons online indicated that the event was an exhilarating one for the patrons.

MTN’s in-house choir, the Viva Voices were on stage to give the night the traditional Carols Service touch that comes with choir performances. Clad in yellow and blue identical apparel, the group sang various songs, but the one that hit the audience was “Hallelujah,” which they delivered with passion and style.