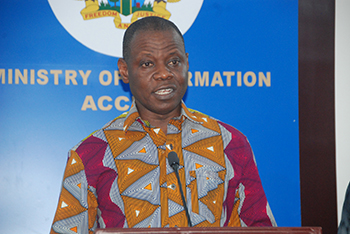 Of the number, 1,773 infected persons have so far recovered, a rise of 19 from the previous update by the Ghana Health Service.

The death toll from the disease still stands at 31 with 4,292 active cases of which eight are in critical or moderately ill conditions.

According to the Service, the jump in the number of cases was a result of increase in infections in four regions including the Greater Accra, Ashanti, Western and Central.

The Greater Accra Region leads with the highest number of confirmed cases at 4,536 followed by the Ashanti which has recorded 886 cases, Central, 256 and Western, 111.

The Savannah, Ahafo and the Bono East regions still remain the areas with no confirmed cases of the virus in Ghana.

Touching on the spike in the number of recoveries, he stated that the “exponential recovery rate is because we have more cases and it takes about three weeks for people to recover so the backlog of people who have tested negative over the period is what is coming in to increase the recoveries.”

The Director-General indicated that Ghana’s recovery rate stands at 29.6 per cent adding that in the event of COVID-19 related deaths, families and health workers were not allowed to touch or come into contact with the deceased.