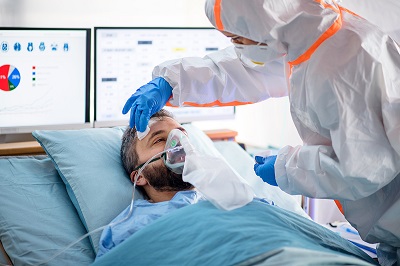 I am not a scientist. Indeed, many things in science make little sense to me but once I trust Research Scientists to be doing the right things for humanity, I am minded to accept their findings and live by their recommendations. I remember one advert on television in London in late 1975 which said, “An egg a day keeps the doctor away.” Now, years later, we are told eggs contain such cholesterol levels that they must be taken in moderation.

What might have happened to those who took an egg a day for many years? Were the doctors kept away all those years? It looks like our scientists cannot easily make up their minds. Then comes the dreaded COVID-19. Again, our scientists are struggling to make up their minds on what this pandemic presents. They cannot agree on the distance between people so as not to get infected or infect. Some even say one does not need to get close to another to get infected and that the virus is in the air.

Sadly, the virus does not come like ‘kakai’ where one could parry it away. However, the conspiracy theories seem to gather more currency than the scientific ones. No sooner had the virus broken than we were told some 5G masts were said to be responsible. Another had it that some devilish individuals want to control the minds of all humanity and put us under their spell. Yet some say Bill Gates and his wife, Melinda, want to use the virus as a ruse to get blacks vaccinated so they cannot have babies to populate the world anylonger. They say there is no truth in this COVID thing at all.

I am made to understand that the corona virus is not a living organism and so can only linger on certain surfaces for a certain number of days or hours and die. Only on copper surface can the virus die instantly. Granted that this is true, we are not told how long it will linger in the system of a person who dies of the virus. I state this because bodies of those who die of the virus are not released to their families for fear of infection. My layman’s question is: if I am dead and cannot breathe, cough or sneeze, how do I get my handlers infected? Or does this virus stay in the corpse till it decays?

I hope my dear readers are not getting more confused than me. Granted that all the conspiracy theorists are up to some mischief, there is one fact that I know; and that is Nature does not forgive. I will explain this shortly.

I had gone shopping at a supermarket in the Bronx area of New York City in July of 2012, and at the vegetables section I saw the labels stating which were organic and which were genetically modified. The labelling was to allow the customer a choice. In fact, the GM ones looked more lush and appealing than the organic ones which, to all intents and purposes, were more expensive. By reflex, I muttered under my breath, “Are we safe?” A baritone voice responded behind me, “We aren’t safe, brother.”

I turned to face a hulk of a bearded giant staring down into my face. With a hand like the paw of a bear, he took mine and introduced himself as a Professor of Biochemistry in one university and had been researching into certain organisms I cannot readily recollect now. He stated that genetically modified (GM) foods are so pure that the natural antibodies that help to boost our immune system to fight ailments are eliminated. The effect, therefore, is that absolute dependence on GM foods exposes us to infections unless immune boosters are produced for regular consumption. This information, to me, was as frightening as it was revealing.

I told my Professor friend that I was a trainer of Journalists in a university in Ghana and promised to spread his word. He was grateful as I was as we parted company and I picked my organic foods and went my way.

It was clear to me from then on that because of profit and the desire to rake in megabucks, people set out to use technology to create ‘problems’ for humanity. These GM organisms do not have the natural seeds to grow, so the farmer is compelled to buy the seed from these biotech firms for planting all the time. This is a total dependency syndrome.

Now, back to COVID-19 and Nature’s Law: Have we noticed that there are more reported cases of the virus and deaths in the advanced societies? Their scientists cannot understand why Africa has rather low case levels and deaths. We are made to understand that this virus attacks the immune system, not so? So, here comes my “Layman’s Take.” Because majority of those out there live on GM foods, their immune system is compromised and cannot combat the effects of the virus; death is inevitable.

However, here in our parts we cannot afford to even buy the GM seeds so we depend on the organic farming methods to feed our population, thus building the antibodies to fight the virus. Therefore, it is highly likely that more people in Africa have had the virus than anywhere in the world but are not showing symptoms at all, which makes it probable that I might have contracted this deadly virus many times over and recovered without even knowing that I contracted it in the first place. This may be because we do not as yet have the capacity to mass-test our populations. This is possible, isn’t it?

I am of the conviction that nature is only exacting its ‘punishment’ on mankind for using technology to violate its laws.  Of course, the question will arise as to how come Africa has recorded deaths from COVID-19. Could the answer simply be that those are people with underlying conditions?  As I stated earlier, I am no scientist and cannot propound scientific theories to support my thinking, but if I have by this article touched on why Africans are not dying in the streets as predicted by Melinda gates, I guess scientists and their technology partners are hereby challenged to look at our food and food sources the world over.

Only recently, about a dozen players and officials of Kumasi Asante Kotoko Football Club were said to have tested positive for the virus in Sudan. They looked healthy while training with no symptoms. Even after the positive tests, none has shown signs of illness. They are back home doing as well as they left. That’s the point I seek to make.

Is Africa doing something right?

However, Ghanaians seem to take the risk lightly and are going about their duties as if nothing ever happened. The country might face another lockdown if stringent measures are not taken to enforce safety protocols.

PS: I wish it is just a plain rumour that testers are charging GH¢500.00 to declare otherwise infected people negative. Else I will appeal to National Security to conduct an investigation into the claim making the rounds.