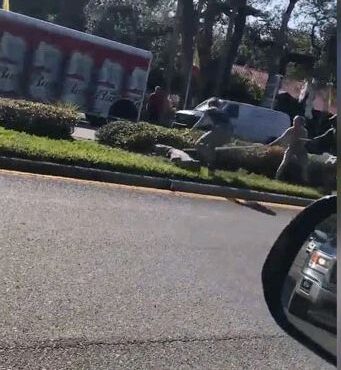 A dramatic video captured the moment employees of St. Augustine Alligator Farm Zoological Park, Florida, struggled to recapture a crocodile that had escaped from a van which was relocating the reptile.

Zoo officials, in a Facebook post, said the crocodile broke the window of the van and tried to escape, but the staff acted quickly and captured it before it could pose a threat to the public.

The authorities hailed the “girl power” of three female staff members who captured the reptile while many users also praised the rescuers for their deft handling of the reptile. -ndtv.com