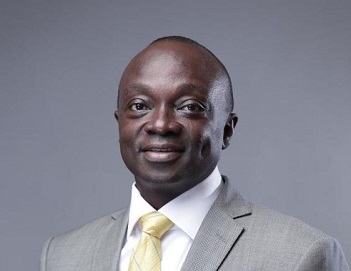 Customs officials at the Elubo land border- one out Ghana’s six land borders – have denied claims of challenges faced by the use of Integrated Customs Management System (ICUMS) in processing and releasing cargo vehicles into the country.

Media reports indicate that dozens of vehicles are seen parked behind the Elubo border and are unable to be processed for entry into Ghana due to some challenges encountered by the newly deployed ICUMS at the land borders.

A member of the Trade and Finance Committee of Parliament, Mr Isaac Adongo, in a media interaction showed a video portraying the hurdles importers go through in clearing their goods using the ICUMS, and said that affirmed the defects of the new system.

However, a Customs Long Room official at Elubo, who spoke on condition of anonymity, said the vehicles parked behind the border had nothing to do with the use of the ICUMS.

“It is not unusual to see cars parked behind the border, it happens occasionally.  Cars are parked on the no man’s land between Cote d’Ivoire and Ghana a lot of time for many reasons. These vehicles are allowed to park behind the border awaiting documentations. It has nothing to do with the ICUMS,” the official said.

The Custom official further asserted that, “the processing of documents for early release of vehicles into the country known as Compliance was now being done at the headquarters of the Customs Division because the GCNET system is not working again, as many of these guys processed their BOEs in that system. This means we at the boarder cannot process those old BOEs unless the head office hence the delay”.

The official said the only challenge they faced was the approval of their documents from the headquarters.

“Previously the approval and compliance was done by us at the Long room here and that speeds up the job, but now that the old system is off and the compliance has to be done at the headquarters hence the delay in processing and releasing the vehicles. But with ICUMS, everything is going on well,” he noted.

Some drivers who spoke on the issue gave various reasons for their parking there which had nothing to do with the ICUMS.

Ibrahim Sani said they were waiting for their agents from the Ivorian side to complete declaration processes to enable them to enter Abidjan as they had completed their processes from the Ghanaian side.

Another driver, Emmanuel Asante said the agent was waiting to receive funds from the importer to pay for the duties required which would then enable customs to allow them into Ghana.

ICUMS last week in the first four days registered some 1,452 transactions at the land frontiers and out of this, 408 were direct imports into home use, 900 Temporary Vehicle Imports, 34 warehouses, 20 transit and nine Free Zones.

The source at the Customs Long Room at Elubo, said every transaction done in ICUMS including TVI is issued with their required certificate, stressing, “For the avoidance of doubt, a TVI certificate is generated and given to the driver, which is verifiable.”