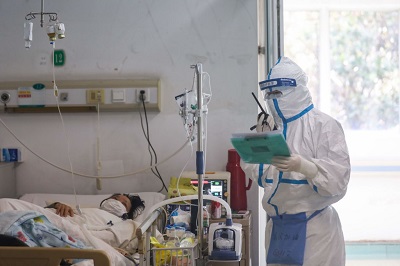 The recent death of a student at KNUST SHS, Kumasi, has painfully brought home the need to urgently deal with unnecessary fear of COVID-19.  The fear of this pandemic, if not properly and immediately addressed, would result in a lot of preventable deaths.

I cannot begin to imagine the pain the parents of this deceased young man are going through.  As a parent with two children at the same level, my preoccupation with this story is understandable because it could happen to anybody.

Imagine your child is not sick and you are suddenly informed that he had passed away; if you are not mentally strong, you can go mad or get a heart attack.  All because people who should have known better and demonstrated compassion as the ethics of their profession demands, were rather paralysed by fear and to some extent “wicked” indifference, leading to the death of an innocent student.

The relevance of my article published two weeks ago about recruitment is clearly borne out by this sad incident.  Until we pay attention to proper recruitment systems so that we recruit the right people into our public and civil service, even in the private sector, these are the horrible things we are likely to experience as a nation.

The life of a young man just cut short simply due to the suspicion that he was suffering from COVID-19 and the fear that if the people around him tried to help him they may contract the disease.

The video that was shown on TV revealing the attitude of some teachers standing nearby as some students tried to assist their friend who was suffering, demonstrates a certain lack of compassion which is very strange in people who are in the teaching profession.

The average teacher would quickly call for an ambulance or a taxi and dispatch the victim to the nearest hospital with speed.

Whether through ignorance or sensationalism, COVID-19 has been made to be viewed as a dangerous disease that can easily kill and, therefore, people are so afraid of it.  The little I have read about this disease shows that it is not as dangerous as we perceive it to be and that when one observes the prescribed protocol, he or she would not be infected.

Currently, there is no vaccine but a lot of people who contracted it, have recovered from it.  In fact, the health authorities have come out to say that the body’s immune system is able to fight the virus when detected early enough.  It, therefore, is not something that is so life threatening that it should scare people beyond measure.

A few weeks ago, tears came into my eyes as I listened to a story on Asempa FM’s Ekosiisen  programme about the death of a pregnant woman. The story, according to the husband of the deceased, the pregnant woman went into labour and was taken by her sister to a hospital at Nsawam since their town was along the Amasaman-Nsawam road, and I guess it was closer to Nsawam.

According to the husband, when his wife and her sister got to the hospital, she was coughing and a nurse on duty at the hospital asked that the pregnant woman be taken to a different hospital.

The explanation was that since she was coughing, the nurse suspected that she was suffering from COVID-19 and was not prepared to risk her life in attending to her.  Try as she did, the sister could not persuade the nurse to attend to her pregnant sister, and even though the pregnant woman was in pain, this nurse could not be bothered.

The pregnant woman was then taken to another place after wasting about two hours at the hospital.  The husband was then informed to come over, due to the situation to help transfer the wife to another hospital.

The long and short of it was that the lady lost her life in the long run together with her baby.  I do not need to be a health specialist to conclude that this nurse in question has no passion for saving human life, and most likely is in the profession for economic reasons, not as a calling.

If care is not taken, there would be a lot more of such avoidable deaths before a vaccine is found and this disease is finally brought under control.

At the beginning of the institution of quarantine of suspected cases, there were rumours making the rounds of a case at the Korle-Bu Teaching Hospital in which a Chinese who was suspected to be a COVID-19 positive, caused a pandemonium because no one was attending to him for fear of contracting the disease.

Apparently, after a while he was hungry and was not going to allow hunger to kill him, so he decided to go find something to eat and everybody was running away from him including security men.

I shudder to think of what would happen when people are confronted with an accident scene in this COVID-19 era and what their response would be.  Already, fear of contracting HIV through assisting accident victims is an issue and now the invasion by COVID-19 has compounded the situation.

There are going to be a lot of situations like the ones already discussed, where lives are going to be lost due to fear of contracting the virus unless urgent steps are taken.

Education about the disease must be intensified so that people understand the nature of the virus, mode of transmission and the protective protocols that can be implemented to escape infection.

This would also enable potential helpers to become less afraid of the disease and be able to offer assistance to people who find themselves in emergency situations that are not related to the disease.

If the ordinary folks do not appreciate the general symptoms, anything can be considered to be a manifestation of COVID-19, and would be reluctant to offer help to victims of emergencies.

One of the important tools that can be used in demystifying the COVID-19 pandemic and the resultant fear and stigmatisation, is the use of volunteers who come out publicly to declare their COVID-free status after being cured of the disease.

It is only when people see COVID-19 as just another unfortunate disease that has afflicted mankind and it is not the fault of anybody who contracts it, that people’s attitude towards infected persons would change from scorn to sympathy and empathy.

The President, Nana Addo Dankwa Akufo-Addo, must be commended in this regard as he first announced that his Minister of Health had been infected with the virus, thereby demonstrating leadership at the highest level.

One man who cannot escape mention is one Dzrah, who volunteered way back to become an anti-stigmatisation ambassador and the mental torture he went through with his family.

Recently, other people have openly come to declare their status as COVID victims and have shared with us their health status after their healing.

This has started removing doubts from the minds of COVID-skeptic people and has also assured people that the virus can be dealt with if identified in time and treated.This would help shape mindsets and help in the fight against unnecessary fear of COVID-19 to avoid avoidable deaths.