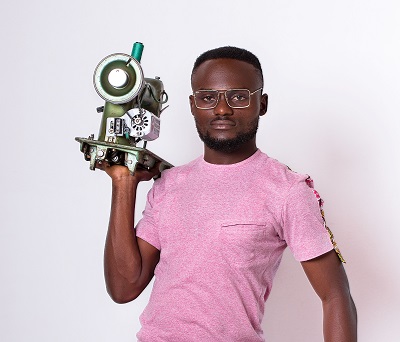 In previous editions we highlighted some personalities who were excelling in the fashion industry. This week, we shift attention to Mr Daniel Morrison, another ‘fashionpreneur’ making in-roads in the sector with eye-catching designs.

His obsession with art has taken him to places and he continues to make remarkable progress. Recently, he decided to establish an academy which aims to train young people with “passion for fashion.”

Interacting with The Spectator on the first anniversary of the institution, Mr Morrison said his team was determined to provide quality and practical training aiming at gaining international recognition.

According to him, many young people wanted to polish their fashion skills but did not have the needed push hence his resolve to close that gap with the emergence of Morrez Fashion Academy.

The graduate of the University of Education, Winneba, noted that the journey had been quite challenging in the last three years but he was focused on achieving his goals.

He explained that his affinity with drawing and art works right from his formative years informed his decision to study Visual Arts at Kumasi High School.

After completing the course in 2012, he proceeded to attain Bachelor of Art Education at the University, graduated in 2017 and subsequently taught in some Senior High Schools in Accra before focusing full-time on providing fashion education.

“My parents initially were against the idea because they wanted me to take up a career in the financial sector or elsewhere but it took me a long time to convince them to support the idea of establishing my own fashion brand.

“I brainstormed and realised that starting the school would help students discover themselves and take their passion a step further, and it has been good so far,” he noted.

Mr Morrison said the institution had been able to train about 30 students and was set to have its first graduation in March 2021.

The fashion educator had participated in local fashion events such as the Joy FM Made-in-Ghana show and the Accra Fashion week.

He had made appearances also on fashion shows in some African countries including Kenya and Namibia in addition to collaboration with a US-based fashion designer in South Africa.

Early last week he was in Tanzania for the Swahili Fashion show, one of the biggest Fashion shows in East Africa.

All these platforms, he said, gave him good exposure and contributed to sharpening his skills in the field.

Mr Morrison said he soon intended to organise his own fashion show to help change the mindset of local fashion designers.

He further intends to strike other international partnerships to help secure scholarships for students of the academy.

To him, competition was not necessary because he would rather “learn and improve” on his works through cooperation with industry players across the continent.

“I am prepared to explore more opportunities in the field and don’t see himself switching from the fashion industry any time soon. I want to “collaborate with people in the industry than compete with them,” he noted.

Mr Morrison, who was nominated in the Best Male Designer category at the Young Achievers award, noted that aspiring fashion designers must be ready to weather the storm and attach lots of dedication to their craft.

“They must bear in mind that every job has its ups and downs and they must see every stage as a learning curve and take up every opportunity that comes their way,” he stressed.

Attributing his progress to the support of his clients, partners and mentors, he indicated the desire to set up a foundation that would offer support and help discover more fashion talents in Accra and beyond.