Dead body ‘vanishes’ at morgue…found in another village 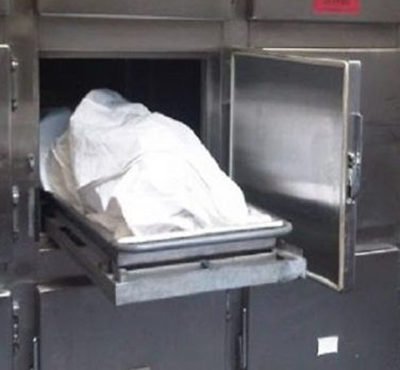 The burial and funeral rites of a 95-year-old woman were put on hold as the family members who had gone to retrieve the body at the morgue were unable to find it.

Per funeral the arrangements, the deceased was to be buried on Saturday, July 11, 2020. But on Friday, July 10, 2020, the body had ‘gone missing’ at the health facility where it was deposited.

According to a family source, mourners went to the hospital (name withheld) in the Volta Region to claim the corpse but mortuary attendants said they could not locate it.

As bizarre as the situation was, the relatives who did not take kindly to the information insisted they have to find and take the body home.

Their agitation, the source said, led to hours of complete search at the mortuary with dozens of bodies brought out for identification but that did not produce any positive result.

“Eventually, we had to return home not knowing what to do next. The body was deposited at the facility about four months to the time we had gone there to retrieve it, and we were sure of where exactly it was kept so everybody was shocked that the body could not be found,” the family member said.

The relative added that when all hopes of finding the body of their old lady appeared shattered, they received information that the body might have been claimed from the morgue by another family.

The source intimated that true to their suspicion, some elders traced the information to a nearby village only to be informed that the corpse had been buried by an unknown family.

“We were told the body of the old woman had been buried three weeks ahead of our scheduled funeral date.

Explaining how they were able to identify the body of the oldie, the source said the woman was well preserved and buried in an ‘expensive casket’ so the body had not yet decomposed.

The informant said after nearly 24 hours of trying to resolve the ‘puzzle’ over the case of mistaken identity, the body was finally returned to its rightful owners for burial in the evening of Saturday, July 11, 2020.