Deadly portrait of our game! 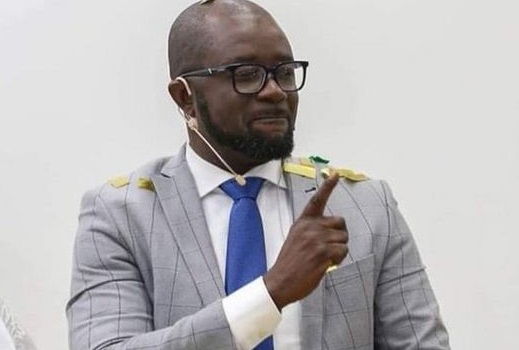 It appears all-too monotonous, mind-numbing and tedious talking about one issue almost every other week – bad officiating and violence on our football pitches. Perhaps, one has little or no option now than to hammer home this twin evil with ruthless intensity.

Referees have been beaten to pulp, whilst visiting players – and now a coach, have been sadistically attacked on enemy territories, especially in the Division One League (DOL), and to an extent the premiership.

Only last week, it was reported that nearly 30 supporters of Berekum Chelsea pounced on Ebusua Dwarfs coach Ernest Thompson and beat him mercilessly when he was about to enter into the field to do his official job. His crime: he was suspected of carrying juju (black magic) on him to the cagey premier league game at Berekum. Sadly, the supporters found nothing on him – and he was left on the floor to his own fate whilst the police, we are told, shamefacedly looked on.

Fearing for their lives, perhaps, the Dwarfs players had to surrender the lead and eventually let in an avoidable goal seven minutes from the final whistle to lose 2-1. It was a game the visitors could have won easily, but for their safety. Is this good for the development of our game?

We have countless cases; another recent one being the attack on players of visiting Young Apostles at Nkoranza in their game against Nkoranza Warriors.

This is the present portrait of our game where the Ghana Football Association (GFA) and the Police have not done enough to halt the madness.

Admittedly, the onus to control crowd violence does not rest on the FA alone.  True. The clubs themselves must be deeply involved to rid the game of these hoodlums.

However, once domestic football is the FA’s brand, they have a much bigger role to play more than anybody else.

That is why the recent comment by the FA President Kurt Okraku that he is not the Inspector General of Police (IGP) to prosecute violent fans is in bad taste. It leaves a bitter sour in the mouth.

By law, the IGP is not under any obligation to provide security at the game. No, the onus rests on the ‘football people’ to engage the police to ensure sanity in the game; to make sure violent fans or hooligans are arrested to face the full rigours of the law.

In a supposed valiant attempt to tackle the issue of horrendous officiating, too, the FA have suspended or banned referees for the entire season. It is laudably impressive.  However, in some good number of cases, the Football Association could have stretched the issue a bit further by investigating whether the referees and their assistants were actually compromised in financial terms, to officiate in such manner.

It looks a Himalayan job, but it can be done.

This is important because the atrocious fashion some of these referees signal for penalties and overlook serious infringements even visible to a blind man, unmistakably betrays their intent. Clearly, they do not even care about their image; ostensibly because what they stand to gain in the game supersedes anything else.

A clinical case in point was Referee Emmanuel Odoom who awarded a bad spot-kick to Kotoku Royals in a Zone 3 DOL game a fortnight ago. According to reports, the referee was very close to the scene (about 10m) and could not have seen that the ball did not hit the hand of Accra Lions player but rather his chest. After reviewing the tape, he was subsequently suspended for the rest of the season, stretching into the next one.

Indeed, some of these referees are killing the game and if care is not taken, club owners would have no choice than to throw their hands up in despair – fold their mats and look elsewhere.

As someone said, if a High Court makes a blunder in its judgement – whether deliberately or not, there is an opportunity for the Appeals Court to overturn the decision. In the case of football, you are doomed. The FA Appeals Committee does not overturn the goal, unless in the case of the winning side fielding an unqualified player; but that is not what we are talking about anyway.

Club owners spend tens of thousands of money to get clubs on the road only to have lousy referees destroying their hard-earned investments. Too bad!

Whilst calling for violent fans to be prosecuted and gaoled, it would also not be out of place if referees who misconduct themselves – or bring the game into disrepute are put behind bars to serve as a deterrent to potential crooks in the game.