Decongestion in our prisons – a national emergency 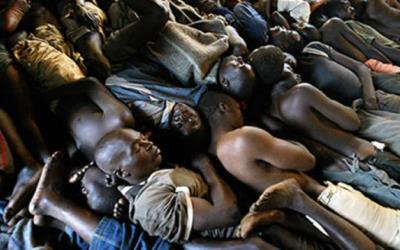 The need to decongest our prisons has been on the radar of government and civil society organisations for quite a while. Some action has been taken but there is still much to be done with the advent of this terrible COVID-19 pandemic.

It has become much more urgent in view of the pandemic and the mode of transmission or infection, taking into account the current situation in our prisons. The prisons are extremely overcrowded.

According to the Ghana Business News of October 3, 2018, the overcrowding of the prisons was about 52 per cent.  A TV news item I watched, shocked me to the core. Inmates were packed like sardines in a can and I wondered how on earth anyone can have a sound sleep under such circumstances.

The noncustodial sentencing being advocated by the general public, civil society organisations and the Prisons Council, must be given the required attention to prevent an outbreak of the pandemic in our prisons.

One of the protocols for prevention of the spread of the COVID-19 is social or physical distancing. The social distancing is not feasible under the current situation, where it is alleged that inmates are sometimes compelled to sleep in shifts and where they are able to sleep at the same time, they are packed like sardines.

The psychological impact on the inmates is a serious matter that must worry the authorities.  These inmates are supposed to be reformed so they can fit into society on their release. If these inmates become angry at the society in general due to the unfair treatment being given them, would society be safe on their release?

Given the impracticability of the social distancing in our prisons currently, we can only hope and pray for a miracle just like President Conte of Italy did when he was overwhelmed by the pandemic.

One peculiar aspect of this virus and a few others is that, someone could have the virus and still would not show any of the symptoms that would easily mark him out as an infected person. Given this scenario, an asymptomatic prison officer could spread the virus among the prisoners and a catastrophe will be on our hands.

In trying to implement noncustodial sentencing in our country, the culture of the people needs to be factored into the process; otherwise it would not have the desired effect. It would have to be a sentence that has the potential to bring shame to the family of the offender.

When that happens, it serves as a deterrent which is the main objective of any sentencing of a court of law. It must have an element that constitutes an affront or humiliation to the community in which the offender lives. For example instead of sending a young man who has stolen say a mobile phone to prison, he can be given a noncustodial sentence to sweep the main street of the community in which he lives for a specified period.

A prison dress could be given to him or her to wear when sweeping the street each morning to differentiate him or her from the normal sanitation workers whose duty is to ensure a clean environment. An information van can be dispatched to run commentary on the misbehaviour that has landed the offender in that trouble so everybody will know that the offender is doing the work for free as punishment for a criminal activity.

The stigma it could bring to the offender’s family will be enough deterrent to other families who would definitely admonish their family members to take a cue from the shame the offender has brought on his or her family.

There are reports of meagre sums of money used in feeding the inmates and therefore the lack of sufficient and quality food. The country has a lot of needs and this accounts for the lack of adequate resources needed to feed the prisoners. Noncustodial sentencing will reduce the amount released for taking care of the prisoners and resources will be made available to address other pressing social needs like shelter for abused mothers and children.

A hungry man, it is said, is an angry man and the negative social impact hunger can cause when inmates are released into society is huge, hence the need for noncustodial sentencing.

There are other diseases, like Meningitis, that is deadly and spreads through body contact.  Recently, a variant of it has hit the Upper West Region, killing a lot of people. It is believed that the virus thrives in hot environments a description in which the current overcrowded prisons fits perfectly.

We are told by health personnel that the current virus responsible for these deaths is a new variant which no vaccine has been developed to combat. It is just like the COVID-19 and, therefore, it is being managed and the earlier the detection, the better the chances for survival of infected people.

One of the serious issues that can arise out of discontent in our prisons resulting from overcrowding is rioting. The state of preparedness to deal with riots in our prisons is yet to be determined.

It is not something that should be entertained since it can result in jail break which can have serious consequences on the lives of both inmates and that of the prison officers as well as their immediate families and even members of the surrounding communities. Anything therefore that can result in riot must be dealt with before it becomes an issue that impacts negatively on society.

Just imagine the mental torture of being restricted like a caged animal and then the further torture the inmates go through each night and you can have an idea of the rage being built up over time in the inmates towards society in general.

Recently, when the restriction was imposed due to the COVID-19, most people became restless even though we were in our own homes. Most people felt trapped and were counting the minutes and the hours till the restrictions were lifted, even though they could eat what they liked and do whatever they wanted; and this was for only a few weeks.

Consider an inmate, who is in a much more restricted environment, cannot eat whatever he likes, sleep in an overcrowded room and you would begin to appreciate the mental torture inmates go through.

In order to achieve the reformation objective of sentencing an offender, taking into account the lack of adequate resources, noncustodial sentencing is one sure way to go.  Noncustodial sentencing would reduce government expenditure on prison inmates, free resources for other social intervention projects, achieve the reformation agenda in a cost effective manner, help in preventing the spread of infectious diseases such as COVID-19, help in promoting our human rights agenda as a nation and motivate our prison officers so they can effectively manage offenders that will be given custodial sentences.