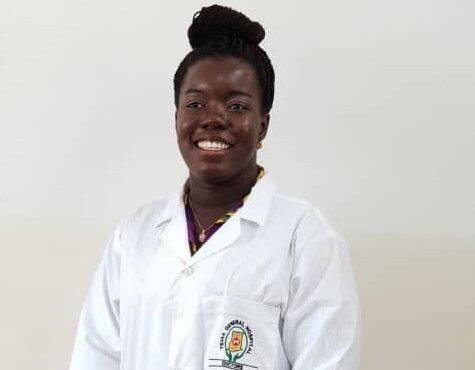 A Dental Surgeon in Accra has attributed the soaring cases of tooth decay among children, to consumption of too much sugary products.

Tooth decay, she explained, is the softening of the tooth enamel which causes damage to the structure of the tooth,  by acids that are created when bacteria break down sugar in the mouth.

Keeping a good oral hygiene among children is a collective concern of the parents and the family as a whole.

This notwithstanding, she said that, “parents who go to work and leave their children at home make them  prey to tooth decay because they eat a lot of sugary foods in the absence of their parents.”

The Dental Surgeon indicated that, there were four stages of tooth decay that occur in both children and adults.

She said the Enamel Caries, which is the first stage, is when cavity developes in the enamel resulting in food packing and bad breadth.

She explained that another stage known as Dentine Caries is when the cavity is extended into dentine and one begins to experience sharp pain due to intake of sweet products and cold or hot stimulus.

The Pulpal Infection, she said is another stage when the cavity progresses into pulp and one could have a spontaneous pain which keeps one awake at night.

The last process, the dentist explained was known as Apical Infection, when the contamination progresses to the apex of the tooth and may lead to pain on chewing.

According to her, sugar is a major cause of tooth decay among children which hinders their dental health and places a risk on their general health.

She indicated that an arrangement of the tooth was a factor that could  cause tooth decay.

The dentist added that eating before sleeping was a cause of tooth decay  mostly found in children who often ate before going to bed “bottle feeding”.

Dr. Danquah said good oral hygiene practice by brushing the teeth twice a day could prevent one from getting tooth decay, and advised all to reduce sugar intake.

She admonished parents to teach children the proper brushing techniques which involved brushing the teeth in circles and said that one must brush the teeth or rinse the mouth after every meal and cautioned parents to ensure children rinse their mouths after eating and also inculcate the habit of taking fruits among their children.

She stressed that parents and their children should go for regular dental check-up and often go for professional cleaning of the teeth.

The Dental Surgeon said one could endure severe pains and also encounter swollen of the jaw which often led to an infection called ‘abscess’.

A form of tooth decay called ‘Ludwigs Angina’ can kill an individual.

She emphasised that tooth decay causes bad breadth among the young and old.

Dr. Danquah said tooth decay changes the colour of the teeth to brown and later changes it to black.

“The top-most dental problems include, tooth decay, periodontitis and bad breadth”, she hinted.