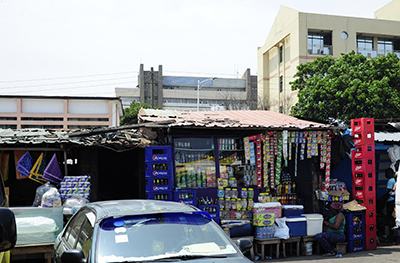 Retailers of groceries in the country have been advised to desist from exposing canned and bottled food products to the direct sunlight in order to keep the quality of such products intact.
Mr Kofi Essel, Head of Food Industrial Support Services Department (FISSD) of the Food and Drugs Authority (FDA) in an interview with The Spectator, explained that such practices could potentially compromise the safety and quality of the product through the oxidation of some of the constituent chemicals in the product.
He said this, among other phenomena, explained the reason behind the declaration of storage conditions by manufacturers of such food products, including the caution not to expose the product to direct sunlight.
Mr Essel further emphasised the need for all to ensure that the food they ate was wholesome and was in the best of conditions.
He said the FDA, during its regular surveillance in the markets and shops throughout the country, ensured that, such abuses were eliminated.
Mr Essel said it was unfortunate the design of many grocery shops in the country were not done specifically to promote the expected display practices, a situation which compelled retailers to display their wares outside their shops.
He suggested that retailers should, instead, display empty bottles or provide other objects in front of their shops to signify the products on offer, otherwise the shop owners should erect canopies under which their wares would be displayed to attract customers.
Mr Essel said a lot could be done to ameliorate the problem through public education and long-term designs of shops in the country.
He indicated that, plans were underway to meet various stakeholders in the construction industry to discuss current construction designs and requirements for the food industry.