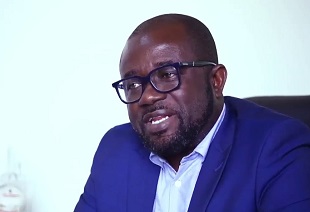 An unidentified person in Germany was reported to have called players of Ghana Premier League side, Elmina Sharks, to throw one of their league fixtures for a $5,000 reward.

This was disclosed to the media by the Deputy General Manager of Elmina Sharks, Aboagye Yeboah, who said he reported the matter to the Ghana Football Association (GFA) but no action was taken.

Sharks themselves are being accused of playing a match-of-convenience against Asante Kotoko to escape the drop on the final day of action. They denied the offence.

But clearly, it tells you how bad the situation is already; and the GFA is all-too aware of how disparaging things could be – and have responded to calls for a probe into the match-day 34 fixture played between Ashanti Gold SC and Inter Allies FC at the Len Clay stadium at Obuasi on Saturday, July 17, 2021.

The two teams have been accused of playing a fixed game after viral social media footage showed what looked like two deliberate own goals scored by Inter Allies defender Hashmin Musah in the 7-0 win for home side AshGold.

In that game, Musah came from the bench and bundled the ball into his own net within 12 minutes and substituted himself just before full-time. It was like saying ‘I have completed my mission so I can now go off the pitch peacefully.’

True to his flimsy defence, Musah claimed rumours were rife ahead of the game that the afternoon had been compromised with scores of 5-0 flying everywhere. His mission in the game was therefore to “spoil the bet.”

But eliciting information that a game is fixed – even when that is the case, does not warrant that negative act which, obviously, brought the game into huge disrepute.

Could it not be possible that he placed a bet on himself, or rather a bet was placed on him to score two own goals? Could it also not be a kind of cover up to do his own thing? Where is the spirit of Fair Play in competitive football when you deliberately score own goals?

Seriously speaking, Hashim is as duplicitous as all those who participated in the match and others outside it. But of course, we need painstaking investigation to get to the bottom of the case and the appropriate sanctions enforced – no matter who is caught in the web.

There are people who believe Hashim should rather be applauded and awarded; limpidly demonstrating that there a deeper lack of understanding of the issue at stake.

Perhaps, if the Inter Allies’ defender was amply educated about match fixing, he and his team would have promptly reported the matter to the GFA, who may have cancelled the match and immediately invite the police to open up an investigation.

Well, this is one aspect – education – that the GFA should be taking a closer look at when they are done with the case before them.

It is limpidly clear now that the betting syndicates have invaded our games and we better nip them in the bud now before our leagues slip into a nadir of international shame and embarrassment.

Former GFA Communications Director, Sannie Daara, could not have put it better.

“The betting syndicates are the real threat to the game because they arrange to compromise the matches so they can win against betting companies. The betting companies are the ones that can bring benefit and legal money to clubs and the league like it does for the EPL, La Liga and all the major competitions of the world.

“The syndicates in our case might include club owners, players, coaches, referees and their rogue agents who are mostly abroad. Armed with the pre-arranged result they visit websites of betting companies abroad to place huge bets to win big. And they use their funds to bribe their surrogates locally to further compromise future matches,” he said.

Indeed, it is true that such combined activities trickle down to the country when many get hold of fixed results to invade the betting companies in Ghana and win millions too.

It is against this saturnine backdrop that the GFA must be commended for collaborating with the Criminal Investigations Department (CID) of the Ghana Police Service to initiate a snake-pit inquisition into the matter – especially as regards the Inter Allies v AshantiGold game, in order to bring the perpetrators to book.

Truth is that, if we do not take draconian measures now we will witness this same sordid deed again next season. That is why we must not spare anybody caught up in the mesh. Our game must be cleansed!