Domelevo: A set up against Akufo-Addo’s government? 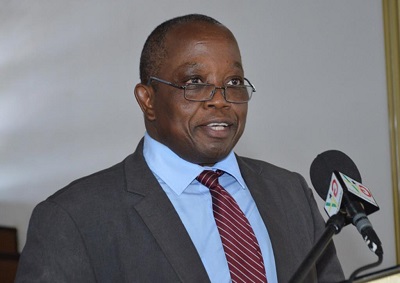 The Executive Secretary to the President of the Republic of Ghana, Nana Bediatuo Asante, has fired an open letter to the Coalition of Civil Society Organizations, which were seemingly prodding on the immediate past Auditor General, Mr Daniel Yaw Domelevo, to “misbehave” towards the Akufo-Addo government.

The 21-page open letter, dated 19th March, 2021, and signed by Nana Bediatuo Asante, contains a lot of “fireworks” on corruption and retirement of Mr Domelevo.

From the detailed write-up of the Executive Secretary, explaining the issues related to “the rise and fall” of Mr Domelevo as Auditor General, one can make a lot of deductions to arrive at a number of conclusions.

For now, I will attempt to limit this piece to the issue related to Kroll Associates and the Senior Minister. The other issues may be considered in my subsequent write-ups.

Indeed, until the explanation in the open letter by the Executive Secretary, a lot of Ghanaians were misled into believing that the government and the Senior Minister had something sinister to do with the contract award to Kroll Associates.

The impression created was that, “create, loot and share” was “germinating” in the contract awarded to Kroll Associates because Mr Domelevo claimed that there was no evidence of any work done by Kroll Associates and yet over one million dollars had been paid to the company.

The public was also misled into thinking that the Senior Minister had colluded with Kroll Associates to milk the nation dry.

According to the open letter, government engaged Kroll Associates, a reputable international company, to assist in investigations into alleged corrupt acts of former President Mahama’s government.

Nana Bediatuo Asante says: “The work of Kroll Associates, under the agreement, includes asset tracing and asset searching …. which will be produced as evidence for prosecution and, therefore, considered as privileged and confidential information and reports.”

An example of Kroll Associates’ work is COCOBOD’s case in respect of the on-going trial of Dr Stephen K. Opuni and Seidu Agongo.

And when Mr Domelevo questioned the actual work done by Kroll Associates for which payment had been affected, the Senior Minister reportedly stated in his letter to the Auditor General that Kroll was still investigating some matters that were confidential, privileged and classified security matters, which could not be disclosed at that stage.

After all, what is the essence of public officers swearing oath of allegiance to the state and swearing oath of secrecy? According to Nana Bediatuo, however, Mr Domelevo flatly refused to inspect the confidential documents and instead, issued a notice of specification and certification of disallowance against the Senior Minister and Kroll Associates.

Nana Bediatuo Asante said, Mr Domelevo engaged in “unacceptable and unconscionable conduct,” stressing that “his conduct was a patent abuse of office.”

However, the fact of the matter is that, Mr Domelevo started-off very well as Auditor General protecting the national purse. And almost every rational Ghanaian was enthused by the “revolutionary zeal” he adopted in performing his duties.

But in the belly of his “revolutionary zeal” was embedded intemperate and dictatorial tendencies, thus, seeing himself, as over and above the Audit Service Board and sometimes, saddling his appointing authority with very cheeky administrative issues.

Per our national constitution, no President of Ghana can be compelled to publicly assign reasons why he appoints Mr “A” or Mr “B” to certain political positions.

Again, per our national constitution, no President of Ghana can even be persuaded to publicly give reasons why he appoints Mrs “Q” or Mrs “Y” into any political office.

This is so, unless our cousins in the “wig profession” can point out where in the constitution, our President can be compelled to publicly tell the nation, why he appoints Mr “A” or Mr “B” into public office.

And our national constitution does not also say that our President must not appoint people into office even if they are very much aware that they have lost their mandate at the end of their tenure at December 7, polls.

The understanding is that the end of the tenure of our President comes on January 7, every four years, when he is handing over to a new President or to himself.

Otherwise, one would have asked former President Mahama a number of questions including: (a) Why was Mr Domelevo appointed at the “injury time” of his presidency?

(b) Why was Mr Domelevo’s appointment rushed through the Council of State on the 13th of December 2016?

(c) And his appointment letter dated December 30th, 2016 and delivered to him?

(d) Mr Mahama: Did you charge Mr Domelevo to “cover your back” for you in any alleged corrupt or fraud case involving your government; that ought to be investigated by the Auditor General and frustrate such actions?

From the fallout of Mr Domelevo’s appointment, will it be out of place for a law to be instituted against substantive appointment of any high-ranking state official, three months before general elections?

Such high-ranking state officials, in my view, must be categorised in law. For instance, if it is heads of constitutional bodies or heads of the security services, it must be clearly stated in the law.

So that there will be no last minute “smuggling” of certain people into sensitive state institutions to do the bidding of their “defeated” masters.

I hope, however, the Coalition of Civil Society Organizations will soon reply to the open letter because, for me, it contains a lot of “wisdom” meat, juices and spices for good health.

Meanwhile, the question on the lips of many people is: Why did the government wait for too long before coming out to explain properly to Ghanaians the actual issues enveloping the Kroll Associates and the Senior Minister?