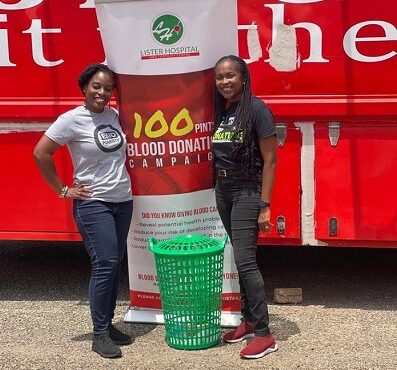 Lamenting on the low number of voluntary blood donors in the country, he said this posed danger to the healthcare system when blood was not available for transfusion during emergencies.

He observed that, in Ghana, less than one per cent of the population willingly donated blood during blood donation campaigns organised by corporate organisations, health facilities, and religious groups among others.

The low participation of individuals during blood donation campaigns isa very bad phenomenon which needs to be addressed by a constant awareness creation to educate the public on the need to give blood to help treat emergency life-threatening cases at the health facilities,” he said.

The Blood Programme Officer stressed that, it was very important to demystify myths surrounding blood donation because it was a national concern that should be tackled by all to help stock the National Blood Bank.

Mr. Danso made this call in an interview with The Spectator during an annual blood donationorganised by Lister Hospital and Fertility Centre, in Accra dubbed “100 pints blood donation campaign”.

He again said with worry that, “blood cannot be artificially manufactured in any form and shortage of blood at the National Blood Bank is disadvantageous to human survival during emergencies.”

He encouraged organisations and groups to alwaysorganise blood donation and champion the cause as a national concern to saving precious lives.

Mr. Danso told The Spectator that females and males between 17 and 60 years were eligible to donate blood.

He commended Lister Hospital and Fertility Centre for organising blood donation exercise every year as a viable alternative for stocking the National Blood Bank to save lives in critical conditions.

According to her, accident victims, sickle cell and cancer patients, pregnant women among other group of individuals are always in need of blood during stages of where blood was required to be transfused.

“You can have the best doctor, best health equipment and when blood is required for transfusion and blood is not available, you can die”, she said.

Mr. Christian Akrofi, a donor who participated in the “100 pints blood donation campaign”, pledge to donate blood every four months to help stock the National Blood Bank to save lives.