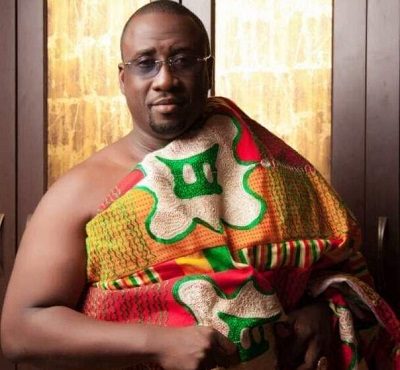 Nana Ansah Kwao IV, Chief of Akwamu-Adumasa, has bemoaned how some parents use their daughters as a bait to extort money from suitors, making the process of marriage a complex one for some men.

The chief made this revelation to The Spectator when he touched on the need for parents and Ghanaians to appreciate the traditional marriage rite called “engagement”.

According to him, “it is alarming how some parents ridiculously demand outrageous bride price and long lists from men who want to marry their daughters”.

He said, the woman who would be given out in marriage was not for sale, and highlighted that in the olden days bride price (dowry) was presented to the bride’s family to express gratitude to the parents for grooming the woman for marriage.

He said this gesture was to identify that the would-be wife came from a home and a community, adding that it was to acknowledge all those who contributed in the upbringing of the lady concerned.

The chief condemned parents who even went to the extent of demanding airline tickets and expensive jewelry among other irrelevant products which to him, had got nothing to do with the process of marriage.

Nana Ansah Kwao IV explained that in Ghana, marriage was a bond between two families and that was why a man could be out of the country while the woman was also in another country but they could still marry in a community somewhere in Ghana on condition that the two families had consented to the marriage.

“Our traditional marriage rite bonded the couple and attracted blessings to them for a fruitful and peaceful marriage,” he stressed, and admonished Ghanaians to embrace their old cultural values.