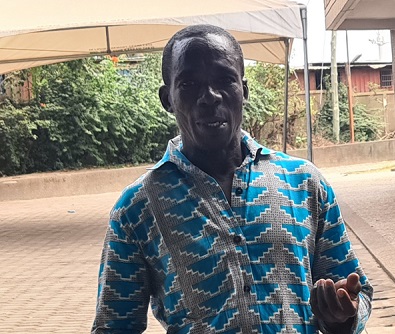 A Marriage and Family Life Counsellor, Peter Tweneboah Mensah, has advised women to take legal action against irresponsible fathers of their children rather than leaving them to God.

He said hauling such fathers before the appropriate authorities to compel them to live up to their parental obligations was the right thing to do and would serve as a deterrent to other fathers.

In an interview with The Spectator on Wednesday, Mr. Mensah said the days when a father would shirk his responsibilities towards his children, put the burden of raising them entirely on the mother only to show up years later to ask for forgiveness, were over.

He said even if such fathers should be forgiven, they should be compelled by law to adequately compensate the children and the mother.

“No one can change the father of a child, the children will always go back to their fathers or the fathers will come for them and so the right thing has to be done which is to ensure that all fathers do what is expected of them,” he stressed.

He said institutions like the Domestic Violence and Victim Support Unit (DOVVSU) and others which performed similar functions were not created for nothing.

He said “some children have missed the opportunity to become useful human resource to their societies because they did not get the needed push from their parents with some falling into bad company and were currently a threat to the country.”

The Marriage and Family Life Counsellor said some children had also become bitter people because they found themselves in an environment where they were subjected to physical, emotional, and verbal abuse in many forms because they did not have their fathers to provide as well as protect them.

He said it was wrong for any parents to let their innocent children suffer for a breakdown in their parents’ relationship.

“When there is divorce or an end to any form of relationship between two adults which produced children, it doesn’t end the responsibility towards the children because when you made the choice to be together, they were not consulted” he said.

Mr. Mensah said it was heartbreaking to see some women single-handedly taking care of their children and sometimes have to resort to doing menial jobs just to provide for their basic needs.

He said no matter how little a father had, he should be able to support his children and get closer to help shape their lives.

He advised children who were products of irresponsible fathers not to repeat their actions but strive to be better parents to make things better for their children.

He cautioned women to be vigilant and make the right choices to prevent situations where they put unnecessary pressure on themselves and their children.