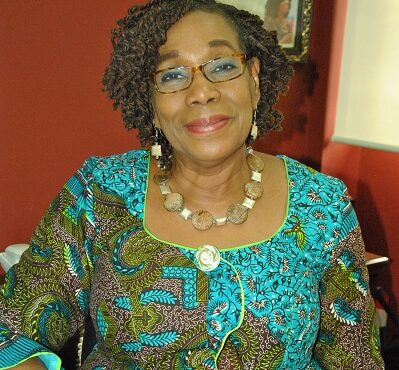 Having monitored the media landscape for a long time specifically on women related issues during International Women’s Day, no light is shed on women’s sexual activities as there are on entrepreneurship and women fitting into the corporate world among other pertinent issues bordering on femininity.

Renowned physiotherapist and specialist in men’s and women’s health, Ms Anna Hughton, who made the observation said that though painful sex was one of the very debilitating conditions that women experienced, it was one of the least conditions mentioned in our part of the world.

Ms Anna Hughton, is the Clinic Director of the Accra Physiotherapy and Sport Injury Clinic,

Speaking with The Spectator Gender on gender health related conditions, she said that painful sex (dyspareunia) was an aching or burning pain either during penetration, during sex or even after sex.

She was quick to add that, “the case is even worse for some women who also experience pains during cleaning of the vagina, or inserting tampons,  or anything with any kind of internal penetration, so it can be that it’s not only during sex, but could be even cleaning. Even if you use a tampon and you insert, it can cause pain”.

She stressed that, in a lot of instances women just put up with the pains they experienced during sex but Ms Hughton declared that, that status quo must change through education and sentisitisation for women to acknowledge the condition and seek help immediately.

Sexual activities are part of life and women must as well enjoy it just as their husbands and partners do.

“Having good sexual act is part of our life and part of femininity and if that doesn’t function well and you don’t also consider it that it’s an important aspect of you which contributes towards you being a female, then it is very unfortunate”, she said.

The list of causes and reason some women have painful sex is non exhaustive but Ms Hughton said, “If you’re a virgin, the initial sexual intercourse can be painful but experiencing pains afterwards is not right”.

Though some women could experience painful sex after delivery especially if they had cut,

women in their menopausal age could also have pains during sex. It could be because of endometriosis (a disorder in which tissue that normally lines the uterus grows outside the uterus)

Having had fibroids, medical abortion, prolapse (a bulging or falling out of a body part, such as the rectum or vagina, that commonly occurs because of weakened pelvic muscle), pelvic inflammatory disease could be reasons some women experience painful sex.

Additionally, women who have had hysterectomy, removal of fibroids, or other kinds of surgical procedures can cause a trauma.

Women who have irritable bowel syndrome (repeated pain in your abdomen and changes in your bowel movements, which may cause diarrhoea, constipation, or both) could unlikely experience painful sexual activity.

In subsequent write-up, we shall throw more light on the effects of painful sex on women and marriages and the role of husbands and partners during sex and solutions.