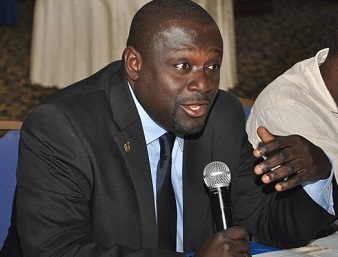 Mark Assibey-Yeboah, the Member of Parliament (MP) for New Juaben South, has petitioned John Boadu, the General Secretary of the New Patriotic Party (NPP), over what he claims is an attempt to alter the constituency’s album ahead of the party’s parliamentary primaries slated for June 20, 2020.

He has asked Mr Boadu to use his office to ensure that the “sanctity of the constituency album is preserved” and pointed out that it would be advisable for the party to “act swiftly to help stem the current uneasiness that was beginning to sweep through the constituency.”

The NPP has set June 20, 2020, for its suspended presidential and parliamentary primaries which was supposed to have come off on April 25, 2020, was postponed indefinitely due to the outbreak of COVID-19 in the country and the related restrictive measures announced by the president.

At a steering committee meeting held on June 1, 2020, the party agreed to hold the election in electoral areas rather than at the constituency level in order to ensure social distancing and the party was to use the primaries to elect parliamentary candidates in constituencies where it has sitting Members of Parliament, ahead of the 2020 general election and parliamentary aspirants had to suspend their campaigns due to the decision.

But with the easing of some of the COVID-19 induced restrictions, some aspirants have resumed their campaigns with 51 women contesting, while 65 will go unopposed in the primaries. -citinewsroom.com