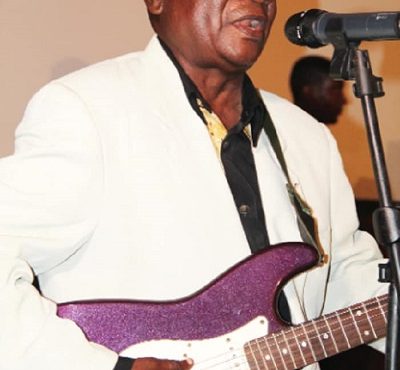 Ghanaian music lovers were on Tuesday morning hit with sad news of the passing of one of the iconic highlife powerhouses, Nana Kwame Ampadu, affectionately called Dwomtofohene, to wit King of Musicians.

This unfortunate demise of this legend after some weeks of sickness shocked the nation as many poured out their tributes to celebrate his amazing contribution to the music industry.

Ampadu hails from Obo, in the Kwahu area of the Eastern Region but he spent a part of his childhood a village called Adiembra.

“As a trail blazing musician, you spawned a whole generation of musicians.

Your music was a source of inspiration, education and entertainment to many. The stories you told in your songs were veritable nuggets of wisdom and will continue to give solace to many.

“You always had a story for every occasion and every interaction with you was like an adventure into the land of wisdom.

As the current chairman of the Ageing Musicians Welfare Fund (AMWeF), you were committed to the welfare of your fellow musicians and even when your health was failing, you never missed the call to duty.

Nana Kwame Ampadu was a Ghanaian musician credited with numerous popular highlife tracks. Nana Ampadu’s “African Brothers Band” was formed in 1963. he has about 800 songs to his credit.

In 1964, young Ampadu met Mr. Jerry Hansen, leader and founder of the Ramblers Dance band and cultivated his acquaintance where Ampadu gave Jerry eight songs in all for free which the Ramblers Band recorded.

Some of the songs are Ntoboase, Afutusem, Scholarship, Me Nsoromma Bepue. All these songs became hit tracks. One good turn deserves another. Mr. Jerry Hansen seeing the musical competence in Ampadu, introduced him to Phillips West Africa Ltd., a recording publishers and Ampadu was given the chance to record two single tracks for a 45 R.P.M release.

The maiden recording was done at the Ghana Film Industries Corporation (G.F.I.C) onNovember 14, 1966.

The first track recorded that day was Agyanka Dabere with Suminaso Ntonko as the flip side. This single was released on December 21, 1966.

The single album became an instant hit and served as a beginning of a new era in the guitar band sector. The thought provoking nature of the lyrics in those two title tracks, made many people feel it was some old or veteran musicians who sang these songs.

A book of condolence has been opened at the residence of Nana Ampadu.